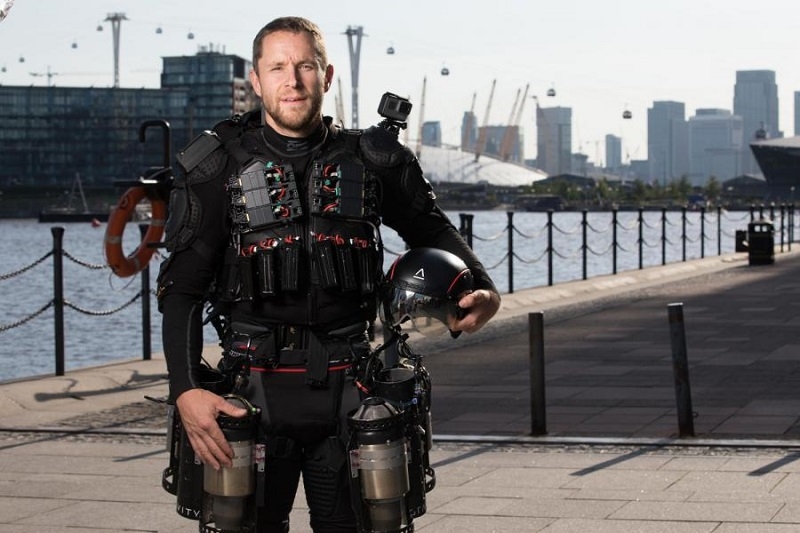 We’ve all dreamed of flying – but for Richard Browning, flight is an obsession. He’s built an Iron Man-like suit that leans on an elegant collaboration of mind, body and technology, bringing science fiction dreams a little closer to reality. He is an ultra-marathon runner, an ex-Royal Marine reservist, former city commodity trader and a pioneering inventor. He’s the founder of Gravity Industries, launched in March 2017 with a dream to reimagine an entirely new form of human flight, leaning on an elegant collaboration of mind and body augmented by leading edge technology. The team at Gravity and other experts continue to improve the suits and who knows, in 20 years we could all be zooming about like Iron Man similarly like driving a bike.

How did you get an idea about flying without wings and airplane?
For the fun and challenge of doing something thought impossible. I worked for 15 years in oil trading for an oil major and set up a start up eight years ago that scaled. After that I worked for six years at Royal Marines Reserve. Early in 2016, I had a vision. To build a viable anti-gravity jet-engine suit and build a company that could re-imagine human flight. Throughout 2016, I designed, built, redesigned and rebuilt the prototype flight suit – Daedalus – testing, developing and reiterating for a year before filing patents for the technology and launching Gravity (gravity.co) the world’s first human propulsion company.

What are the challenges faced by you?
Flying with no wings, aircraft or helicopter.

What are the learning outcomes in the whole process? Flying!
Who would you attribute your success to? A collaboration of great unusual people from all over the world with nontraditional backgrounds.

What are your plans for the future?
Flying higher, further and faster. Gravity has, to date, been experienced by over a billion people globally with video views alone running at more than 60m within seven days of launch. My vision is to build Gravity into a world-class
aeronautical engineering business, challenge perceived boundaries in human aviation, and inspire a generation to dare ask ‘what if…’Also I think the interesting challenge would be to get someone who hasn’t learned to ride a bike and someone who hasn’t learned to fly this and at the end of the day prove that it’s about the same speed of learning.

What is the learning lesson audience would get from your talks?
Learn from (safely) failing a lot.

Achievement
Set a Guinness World Record for recording the fastest speed in a body-controlled jet engine powered suit, Daedalus. Soared over a lake in Reading, England at 51.53 km/hour for 100 meters.

The feet are covered by ultralight snake-bite resistant walking boots imported from the US.

The suit is also wi-fienabled, which allows live data streaming for both ground monitoring and the HUD system.