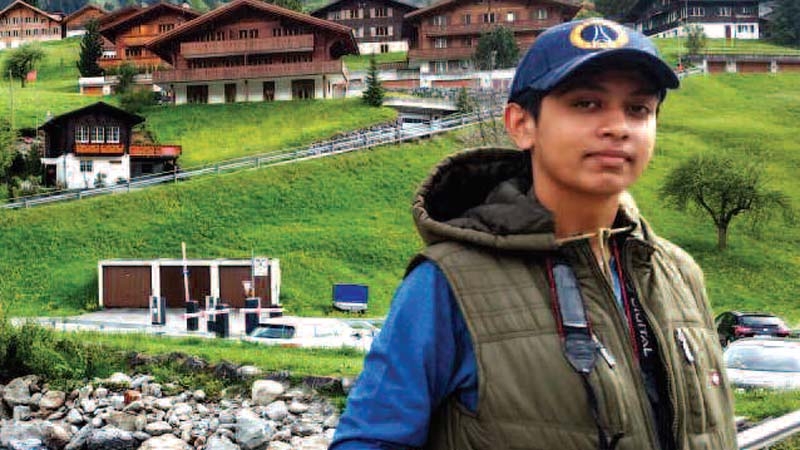 He is a confident teenager who has been globe-trotting to attend various scientific conventions. At the age of 16, his bio-data describes him as a researcher in cardiology. Akash Manoj, a class XI student from Tamil Nadu, has developed a device to predict silent heart attacks and could potentially save the lives of thousands of people in India every year. It is a low-cost, rapid, simple, sensitive, selective, portable and wearable sensor. The device is important as silent heart attacks are extremely deadly and alarmingly common these days. In these cases, almost no symptoms are evident and thus people look so healthy to us.

What is the key area of your research and how successful you have been in it?

I’ve been researching on an affordable device that could detect the heart attacks up to six hours in advance. The innovation has already received clinical validation from the Tokyo University of Science, London’s Royal Society of Medicine and Delhi’s All India Institute of Medical Sciences.

What was the incident or event which inspired to you to go ahead with the research?

I had been reading medical literature for fun since I was in the 8th standard. It was my grandfather’s death that prompted me to take up this project. My grandfather due to other ailments had a silent heart attack, collapsed and died. This motivated me to take the initiative to move ahead and make a difference.

How does the device work?

The skin patch has to be attached to the wrist or the back of the ear and it will release a small ‘positive’ electrical impulse, which will attract the negatively charged protein released by the heart to signal a heart attack. If the quantity of this protein – FABP3 – is high, the person must seek immediate medical attention. I believe that this device can be used for the greater good by saving many lives, especially of those living in the rural areas that do not have easy access to a hospital. The patch uses a positively charged electrical impulse to draw negatively charged protein to the
surface, if the amount of FABP3 is high, then the person would need immediate medical attention. Anyone at risk of cardiac issues can use the device twice a day morning and at night.

How is it different from the existing methods?

My device is a pro-active and it is a continuous healthcare technology that could revolutionise cardiac healthcare in the
days to come. It is non-invasive (needs no blood test), wearable by at-risk patients at all times, sensing biomarker elevations in the bloodstream transcutaneous while the conventional methods offer only post care treatment and are invasive.

What are the learning outcomes in the whole process?

My research helped me learn about the discontinuous healthcare systems that we have today. They are very out dated and invasive too. I realised the need to rethink medicine!

What are the challenges faced by you?

It was really difficult for me to get access to laboratories and mentorship, when I was a 12-year-old kid three years back. However, I managed to get one through a research fellowship. And then, researching on one of the mind boggling areas of science has always been very difficult, even for doctoral scientists. It took me three years to fill all those holes in my hypothesis and bring about a complete prototype considering the fact that it must be non-invasive and wearable by at-risk patients at all times.

What are your plans for now?

I’m intending to launch my device for public use very soon. The medical product is likely to be priced at the cost of Rs 900. Now that the clinical validation is done, it should be out for production very soon. I’m working on more such affordable healthcare diagnostic tools at my lab, which will soon surface out. Also I aim to study cardiology at All India Institute of Medical Sciences in Delhi.

What is the learning lesson that the audience would get from your talk?

Coming to my TEDx talk preparations, it’s been a really exciting journey all the while. The best part is that I got to learn how the human brain connects to what is being delivered in a talk. Simply put the essence of a great talk. The takeaway for the audience is the awareness about “Silent heart attacks” , which are generally not talked about, and how my device could help prevent one.

Received honours for the “best innovation” from former President Pranab Mukherjee in March 2017.