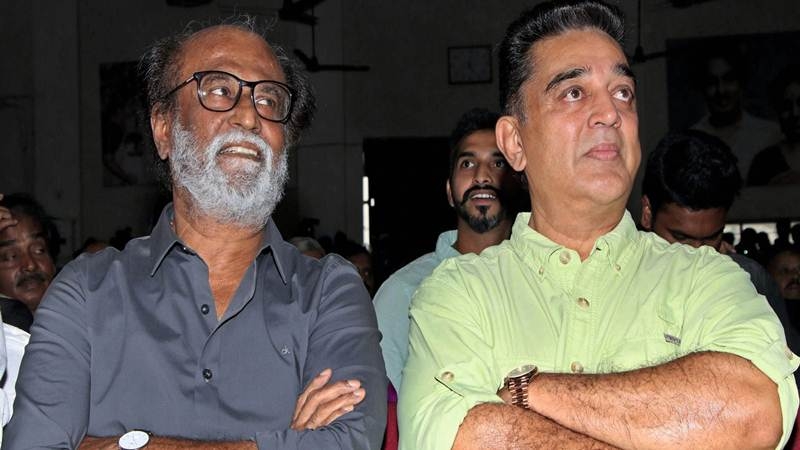 Chennai: The DMK today took a veiled dig at popular actors Kamal Haasan and Rajinikanth on their political aspirations, saying “new birds want to fly” and it remained to be seen how much distance they can cover on their strength.

In a letter addressed to partymen, DMK working president M K Stalin said while democracy was a “sky” common for all, many birds can hardly make the distance. He branded his DMK as “high-flying” and one that was always “concerned” about the people of the state.

“Aware of the political atmosphere, new birds want to fly. Democracy is a sky (common) for all. The political arena is watching how much distance a bird can fly on the strength of its wings,” he said in cryptic remarks apparently aimed at the two actors.

There have been instances when such “birds” that started a political flight could hardly achieve their objectives, with their journey “obstructed” after having “lost (their) way,” he said, without naming anyone.

Batting for honesty in politics and good governance, Rajinikanth had last month said that “everything needs to be changed” and declared that “spiritual politics” needed to be ushered in, sans shades of any caste or religion with transparency. Haasan, Rajinikanth’s contemporary in celluloid, has taken on the ruling AIADMK over alleged corruption in recent past, with Chief Minister K Palaniswami and many of his cabinet colleagues hitting back at him.

Stalin said that “new birds want to fly”, aware of the “political climate”, apparently hinting at the perceived political vacuum caused following the death of Chief Minister J Jayalalithaa in 2016.

His father and DMK president M Karunanidhi has also been remaining inactive due to health reasons for over a year. For nearly 30 years, Tamil Nadu politics revolved around Jayalalithaa and Karunanidhi.

Earlier since 1972, it was virtually polarised between the two Dravidian parties after actor-turned politician and late Chief Minister M G Ramachandran floated AIADMK following differences with the DMK stalwart.

Stalin, also the Leader of Opposition in the Tamil Nadu Assembly, has announced he would meet party office-bearers from February 1, in an attempt to address issues concerning the party. The announcement comes in the wake of the party’s poor showing in the December 21 R K Nagar bypoll, where its candidate N Maruthuganesh forfeited deposit.

Sidelined AIADMK leader TTV Dhinakaran had won the bypoll, necessitated due to the death of Jayalalithaa, and the loss had prompted the DMK to form a panel to probe the reasons for its defeat.

The meeting would discuss the differences in the party’s organisational units to ensure success in coming elections, Stalin said, adding that he was prepared to initiate all steps for the party’s well-being. In the letter, Stalin hit out at the AIADMK government and said people were looking to the DMK for solutions.

Irrespective of being a ruling party or in opposition, the DMK always stood up for the welfare of the people of Tamil Nadu, and strove for protecting the Tamil race and language, he claimed.