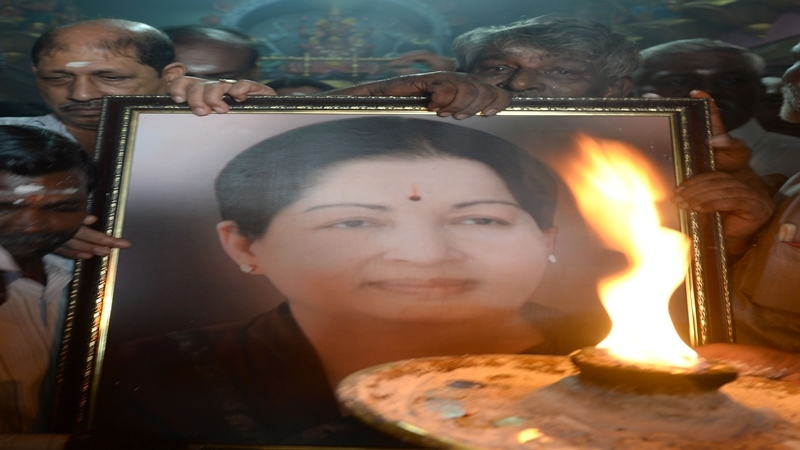 Chennai: Tamil Nadu Minister for Forests C. Sreenivasan has sought people’s apology for “lying” about the health condition of late Chief Minister J. Jayalalithaa when she was admitted in Apollo Hospital.

Speaking at a public meeting in Madurai, around 500 km from here, on Friday night Sreenivasan said: “We would have told lies that she (Jayalalithaa) had idlis and people met her. The truth is that nobody saw her.”

Sreenivasan said he is seeking apology from the people now for “those lies”.

According to him, everyone in the government and in the ruling AIADMK party “lied about the people” who had met Jayalalithaa in Apollo Hospital, where she was admitted on September 22 last year. Sreenivasan said even the national leaders used to sit in Apollo Hospitals Chief Pratap Reddy’s room and the AIADMK Ministers would also be seated in that room.

“We all lied then so that the party’s secret does not get leaked,” Sreenivasan said.

He said nobody met Jayalalithaa in her hospital room.

Tamil Nadu Chief Minister K. Palaniswami had announced the government’s decision to set up an inquiry commission to be headed by a retired High Court judge to go into the death of Jayalalithaa. Ever since Jayalalithaa’s death, there have been hints of foul play over her death, with critics pointing fingers at the now jailed Sasikala.