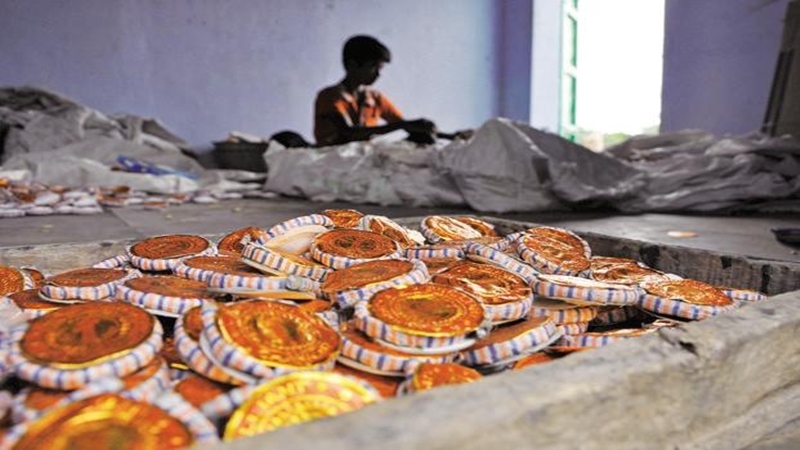 Sivakasi: As many as eight people, including six women, were killed in a fire cracker mishap at the fireworks hub of Sivakasi in Virudhunagar district today.

The mishap, which occurred when a fire broke out while crackers were being offloaded from a vehicle to a shop, comes days ahead of Diwali festival when fireworks units in the district are abuzz with activity to cater to the countrywide demand for crackers.

“A total of eight people were killed and six of them were women,” a senior police official told PTI here.

Virudhunagar District Collector A Sivagnanam said a total of 22 persons were affected, of whom eight died.

“The deaths occurred due to suffocation as result of excess fumes and not because of any blast,” he said, adding those affected by smoke inhalation were admitted to a government hospital and a nearby private hospital.

Some were also referred to Madurai hospitals for being administered with “breathing facility”, he said.

The incident occurred when a fire broke out while crackers were being offloaded from a van to a cracker shop, resulting in its spreading and affecting a nearby scan centre also.

They said the fire was caused due to mishandling of the consignment of crackers while being offloaded by the employees and that the fire had been brought under control by Fire and Rescue services.

Describing it as an ‘unfortunate accident’, Sivagnanam asserted that the administration has been carrying out safety drills in the district, about 500 km from Chennai, to prevent any such mishaps.