Switzerland: A talented squad with a tough draw 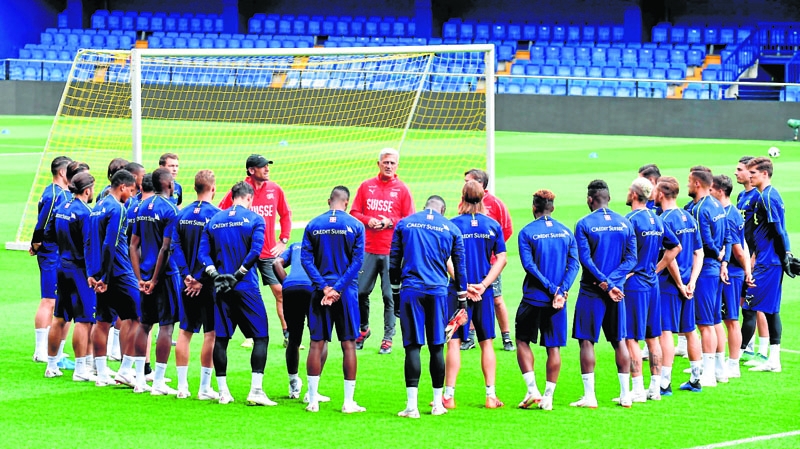 Bern : Switzerland fans have waited a long time to see their expectations exceeded at a major tournament. And while the team appears good enough on paper to progress to the knockout stages in Russia, a tough draw makes that a trickier prospect than it might have been.

Now into his fourth year at the helm, coach Vladimir Petkovic can call upon several talented players in the peak of their careers, though their group contains the likes of favourites Brazil, rising stars Serbia, and 2014 quarter-finalists Costa Rica.

Things are unlikely to get easier for Switzerland if they do manage to negotiate their way out of the group stage, with defending champions Germany potentially lying in wait in the next stage of the competition.

Despite only ending up in Russia via the play-offs, Switzerland’s qualifying campaign was fairly convincing, winning eight games and only losing out to Portugal for the automatic qualifying spot by virtue of an inferior goal difference.

Over the last two decades Switzerland have relied on compact and disciplined performances to qualify for major tournaments.

However, Petkovic has strived to instill a more attacking, possession-based style of play and the progress made in this regard has been clearly evident.

“We’ve grown a lot as a team,” noted the coach. “We can act but we can also react during a game,” Former Switzerland captain Ciriaco Sforza agreed, noting that the 2018 squad had the makings of “a great team.”

In the 1990s Switzerland were content simply to qualify for tournaments. But expectations have been raised thanks to a fourth successive finals appearance, beating eventual champions Spain in 2010 and only narrowly losing to Argentina in Brazil four years ago.  “Compared to five or six years ago our quality is different now.

All of our players are first-team regulars at top clubs,” Arsenal midfielder Granit Xhaka said.

Just like their neighbours Germany, Switzerland are now famed for producing goalkeepers. Yann Sommer and Roman Burki are both first-choice custodians at Bundesliga clubs, although the former is Petkovic’s consistent first-choice pick, impressing with consistently superb displays.