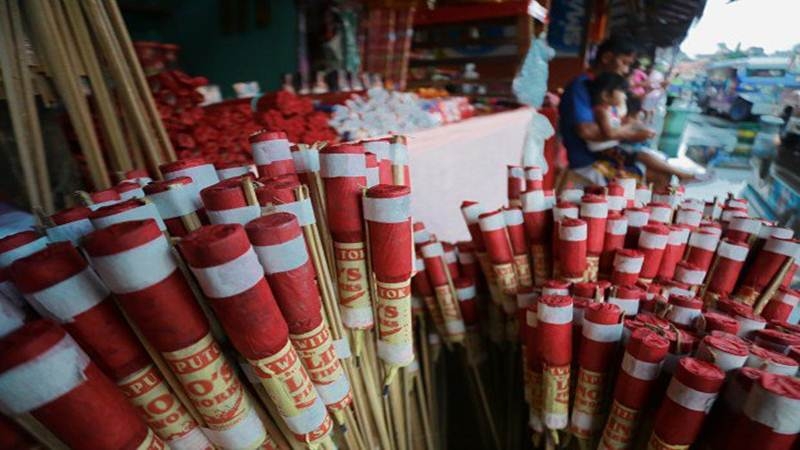 New Delhi: The Supreme Court will pronounce on Tuesday its verdict on the plea for a ban on the manufacture, sale and possession of firecrackers across the country. A bench of Justice A.K. Sikri and Justice Ashok Bhushan said although the matter was mentioned in Monday’s (today’s) list they would be pronouncing the judgment on October 23.

The firecracker manufacturers had told the apex court that crackers were not the sole cause of rising pollution during Diwali. It was one of the contributing factors and that an entire industry could not be shut down on this count. The manufacturers had contended that pollution had reached very high levels, not due to the bursting of the firecrackers alone but also on account of vehicular pollution, construction dust and stubble-burning.

“The question is whether an entire industry can be shut down citing air pollution while other industries are allowed to continue,” the five firecrackers manufacturers had contended.

During the hearing the court had expressed concern over the growing respiratory problems among children due to air pollution and said it would decide whether there has to be a complete ban or reasonable curbs on bursting of firecrackers. The bench had cited a report that said 20-25 per cent children suffer from respiratory diseases.

One of the pleas filed by a child, Arjun Gopal, represented by lawyer Gopal Shankarnarayan, sought a ban on possession of firecrackers in the National Capital Region as it was contributing to an already alarming level of air pollution in the area. In 2017, the apex court had prohibited the sale of firecrackers in NCR-Delhi during Diwali.