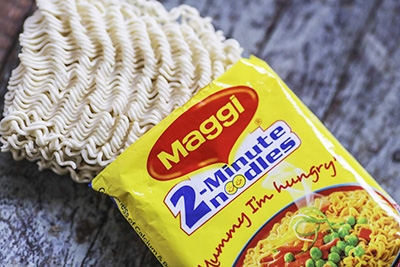 New Delhi: The Supreme Court on Monday allowed the plea of Nestle to destroy 550 tons of Maggi which were expired and contents the permissible limit of lead content.

A division bench of the apex court, headed by Justice Dipak Misra said this after hearing from Nestle.

On April 5, a Mysore-based government laboratory had given its test report on Maggi noodles in a sealed cover to the apex court.

On January 13, the top court had asked the Mysore lab to clarify whether test reports relating to lead and glutamic acid in Maggi noodles were within permissible parameters under the law.

The Consumer Commission had on December 10 last year sent 16 more samples of Maggi noodles for testing in the Chennai lab to ascertain the quantity of lead and MSG in them in connection with the government’s Rs. 640 crore suit against the company for alleged unfair trade practices.

The court had on December 16 last year ordered testing of samples of Maggi noodles in the Mysore laboratory after the National Consumer Disputes Redressal Commission (NCDRC) had directed that it be done in Chennai.

The apex court had stayed the proceedings before the NCDRC and directed that the test reports, including the earlier one, be placed before it.