‘Super Night with Tubelight’: This video proves Salman and Sohail had a great time 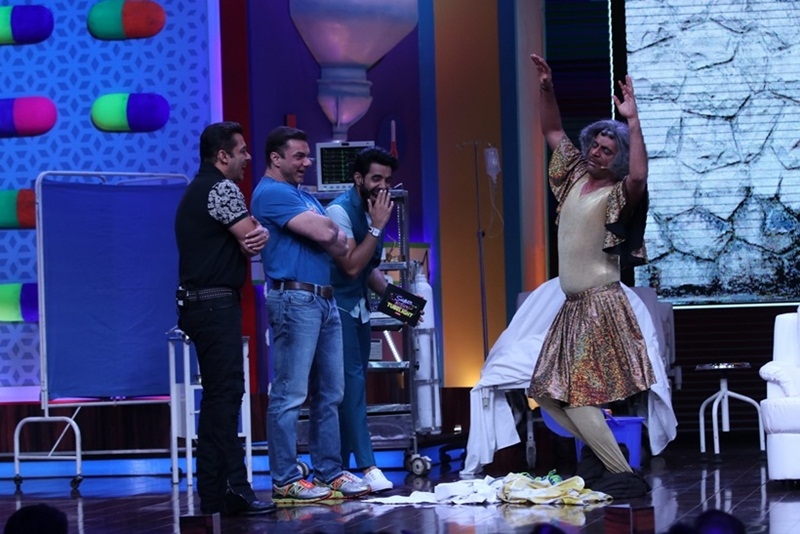 The special show was arranged only for Salman Khan and Sohail Khan for their upcoming film ‘Tubelight’. Recently, Salman and Sohail have been busy in promoting the film ‘Tubelight’ on TV shows. They were also spotted at SAB TV’s popular show ‘Taarak Mehta Ka Ooltaah Chashmah’.

Recently, the promos of show were released. Dr Mashoor Gulati (Sunil) was conducting an operation on Salman. All kind of stuff comes out from his stomach including dumbbells. Sohail could not control his laughter at the proceedings which look hilarious. It will be an interesting watch. Looking at the ‘Supernight with Tubelight’ Promo, Salman looked like he is having a whale of a time.

The special will aired on Sunday at 12 pm and 9 pm. Kapil only gets Saturday to make a people laugh. The TRP of Kapil Sharma show is getting better but Salman chose the Sunil Grover ‘SuperNight’ to promote his film.

Sony entertainment released a teaser of the ‘Super Night with Tubelight that you can’t miss.