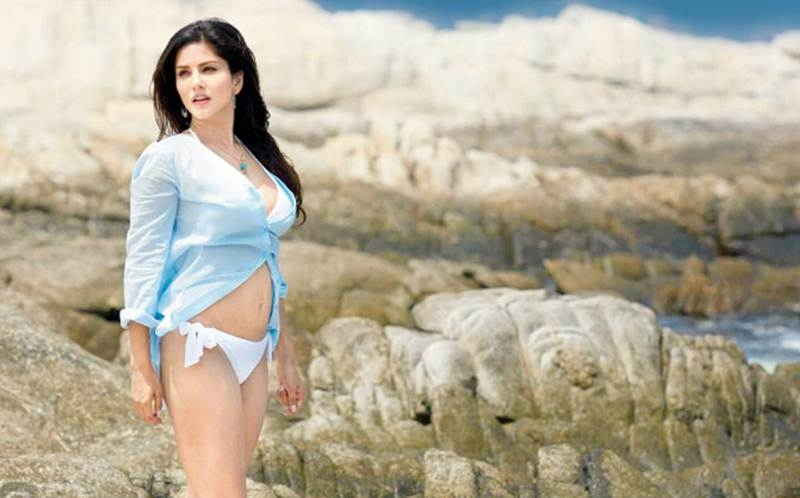 Sunny Leone, the hot diva is ruling the Bollywood with her sexy moves. The actress has done quite a few movies and has featured in many top films, even she has done many hot item numbers. But things don’t seem to be right for her always. Her recent condom ad has sparked uproar in Gujarat. However, this is not the first time that the former porn-star finds herself in controversy over here condom ads.

Sunny Leone’s condom ad hoarding in Surat was hot topic of discussion in recent times, and there was a protest against the ad and all the hoarding were removed. The ad reads ‘Aa Navratrie Ramo Parantu Prem this (This Navratri, play, but with love). Clearly, the conservatives weren’t impressed.

A Goa legislator demanded a ban on condom advertisements, featuring actress Sunny Leone, on buses operated by the state transport corporation, saying it “shames us”. “These ads should not be displayed. It shames us,” Congress MLA from St. Andre Francis Silveira said in the Goa legislative assembly.

The women’s wing of the Republican Party of India (A) demanded the yanking of an advertisement featuring former adult entertainer and Bollywood actress Sunny Leone promoting a condom brand. “The advertising campaign objectifies the feminine gender and has proved to be a sheer embarrassment for all women viewers… It’s a very ugly scene and conveys a very different message,” an indignant Women’s Wing secretary Sheela Gangurde told IANS.

Atul Kumar Anjan, Communist Party of India national secretary, told a rally on Tuesday the adverts featuring Indo-Canadian Sunny Leone should be banned for “developing sexuality and ruining sensibilities”. “If condom ads like this are shown on Indian television and in newspapers, then rape incidents will rise,” Anjan told the crowd in northern Uttar Pradesh state. “This must be stopped,” he said.

Former chairperson of Delhi Commission for Women Barkha Shukla Singh condemned the advertisement of condom featuring Sunny Leone saying it serves ‘immorality and bad practices’ to the people and urged government to immediately withdraw the commercial from TV.