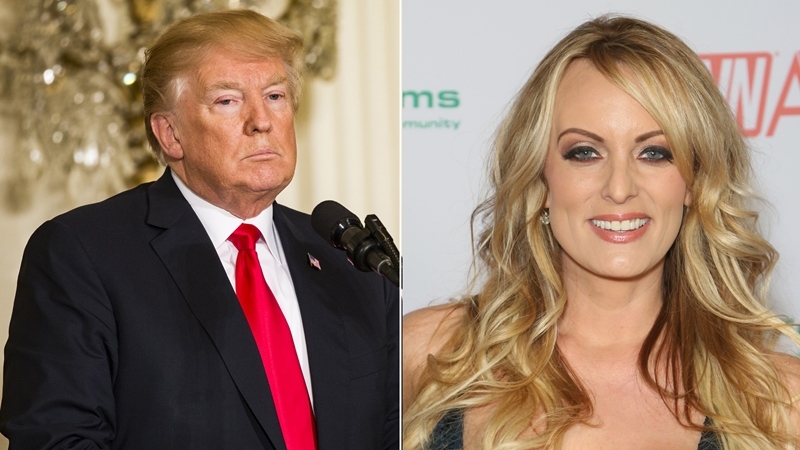 Washington: Adult film star Stormy Daniels’ attorney has alleged that President Donald Trump and his personal lawyer Rudy Giuliani have lost track of the truth and are “making up” facts. Michael Avenatti who represents Daniels claims that she had an intimate relationship with Trump, years before he was elected as the president.

And days before the 2016 presidential election, she said she received USD 130,000 from Trump’s then personal attorney Michael Cohen to not go public about her relationship with the president. In the last few days, Trump has acknowledged that he reimbursed Cohen for the USD 130,000 he paid to Daniels. Avenatti said there is ample evidence to prove that Cohen approached Daniels before the election to keep her mouth shut. The money being given to Daniels was part of the campaign finance, he asserted, which has been denied by Giuliani who is now the personal attorney for Trump.

“There is significant amount of evidence, there is no question that this had everything to do with the campaign. In fact, if you go back and replay that interview, and that will be done I’m confident, and if you look at the answers, you’re going to find an inconsistency with what Rudy Giuliani just told you,” Avenatti was quoted as saying by ABC News yesterday. “Early in the interview he told you it has nothing to do with the campaign, later in the interview you asked him if there was going to be inconsistencies between Michael Cohen’s testimony and Donald Trump and he equivocated.

He basically said that well it may have had something to do with the campaign, but it also has to do with personal issues. There’s no question this had everything to do with the campaign. You could look at the timing associated with the payment,” he said. Avenatti claimed that Trump and Giuliani are now making up things. “It’s an absolute unmitigated disaster for Rudy Giuliani and the president. It is a train wreck. I can’t believe that it actually just happened.

I mean what we witnessed by Rudy Giuliani may be one of the worst TV appearances by any attorney on behalf of a client in modern times,” he said. “He now expects the American people to believe that he doesn’t really know the facts, that as to every key question you asked, he hasn’t communicated with the president about it. I mean this guy’s all over the map over the last 72 hours on some very simple facts that should be very straightforward,” Avenatti said.

“I think it is obvious to the American people that this is a cover up, that they are making it up as they go along, they don’t know what to say because they’ve lost track of the truth,” said the attorney for Daniels. Avenatti said that Daniels did not approach Cohen, it was the other way round. “My client was preparing to tell her story, my client did not approach Michael Cohen, did not have anyone approach Michael Cohen, Michael Cohen approached my client in her council in an effort to shut her up in the days before the election,” he said, asserting that he can prove that.

“We have evidence that the president knew in the months at least following the campaign, of this payment, certainly knew it long before his statement on Air Force One in April of this year where he effectively stood there and lied to the American people about not knowing anything about this payment. And then of course Rudy Giuliani a few days ago goes out and contradicts that,” he said.