Steven Smith steps down as captain, punished by ICC over ball tampering issue 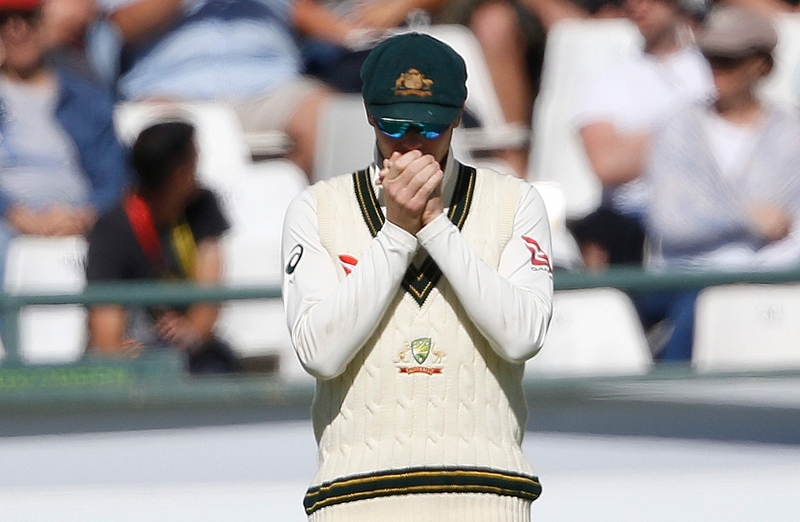 Cape Town: Australia’s Steven Smith and David Warner on Sunday stepped down as captain and vice-captain, respectively, for the remainder of the ongoing third Test against South Africa in the wake of a ball-tampering controversy.

Apart from the one-match suspension, Smith has been also fined 100% of his match fee. Cricket Australia will take a call on the future of Smith’s captaincy after it completes a probe. Australian government, meanwhile, has asked CA to sack Smith as captain. Smith and team-mate Cameron Bancroft, in a sensational press conference, admitted to ball-tampering charges after the latter was caught on television cameras appearing to rub a yellow object on the ball.

Smith has also admitted he was the mastermind of the premeditated plan hatched during the lunch break, adding that the team’s “leadership group knew about it”. On Sunday, as Day 4 of the third Test started Smith and Warner both took the field but Tim Paine took charge of Australia’s captaincy, becoming his country’s 46th Test skipper. But stand-in-skipper Paine could have hoped for a better reception: he was greeted with jeers by crowd at the start of play.

The scandal was described as a dark day for the sport in the Australian media as critics slammed the players for being out of touch with a furious public.  The premeditated plan to alter the condition of the ball during the third Test against South Africa dominated news headlines and Captain Steve Smith and his teammates were widely condemned. “We now find we have sent a squad of cricketers, pockets stuffed with money, tape and pitch litter, determined to stretch the game’s rules and etiquette until there is nothing left to do but cheat,” wrote Patrick Smith in The Australian.

“They came to a point where ‘the line’ could no longer be pushed any further validly and without a serious breach of rules. So senior players schemed to take action that did more than bring the game into disrepute, it has shamed our nation.” Cricketers are among the most scrutinised athletes in the sporting-mad nation and there was dismay at their perceived lack of awareness of how serious their actions were.

“What is extraordinary, I think, is how it was done and how easily it was agreed to by the team and how, not unapologetic, but sort of oblivious to the consequences Steve Smith and Cameron Bancroft seemed to be at the press conference,” cricket writer Gideon Haigh told national broadcaster ABC. (The reference was to Smith, 28, who had earlier said he would not quit as he felt he was still “the right person for the job”.)

“I think over the last year or so, I’ve sensed a real disconnect between this team and the public, and this administration and the public,” he said. “It’s almost as though both organisations, the team and (governing body) Cricket Australia, are in a bit of a bubble — bubbles of their own making.” ABC senior commentator Jim Maxwell, regarded by many as voice of Australian cricket, said he was “more and more offended by the arrogance of some of the players in the way they behave”.

“The fact that so much of this has been condoned in recent years, you sensed that there was going to be a blow-up at some point,” he told New Zealand’s Radio Sport.   “If the leadership of Australian cricket can even think of doing something like this then they need to be ostracised,’’ he added.

Russell Gould in the Herald Sun also echoed calls from former players, fans and commentators for Smith’s head to roll. “When your first option, if things aren’t going your way, is to cheat, then you don’t have the right stuff to lead a team,” he wrote. “Forget that the whole leadership group was in on it. The buck stops with the captain, what he says goes. The minute he said ‘go’ for cheating, was the minute he signed off as a real captain.”