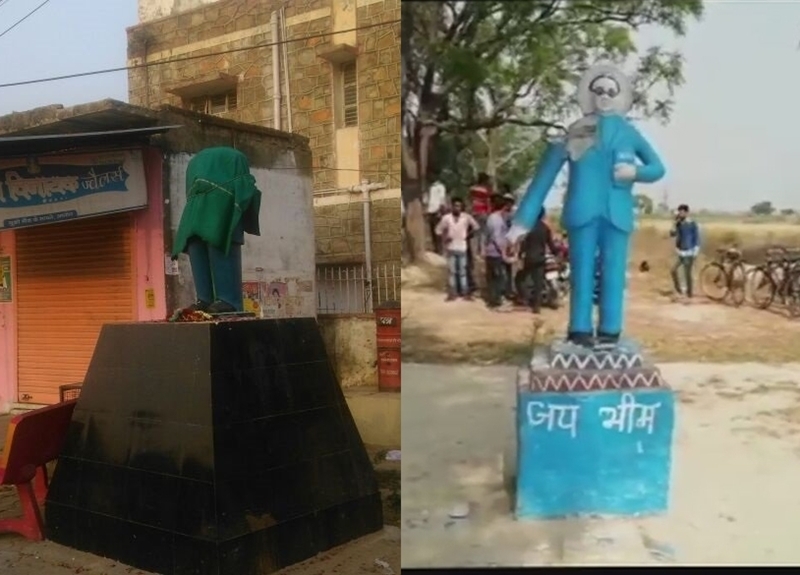 The spate of vandalism of statues of iconic leaders and ideologues in different parts of the country, which began with the razing down of Vladimir Lenin’s statue in Tripura, has reached Rajasthan’s Achrol, where a statue of the Father of Indian Constitution, Dr. B. R. Ambedkar, was found decapitated by miscreants. In the meanwhile, another statue of BR Ambedkar was vandalised by unidentified persons in  Firozabad.

A statue of BR Ambedkar was vandalised by unidentified persons in Firozabad. pic.twitter.com/BckDwvf98e

Also, the statue of a profound Bengali poet from the 19th century, Michael Madhusudan Dutt was defaced in Purba Bardhaman district of West Bengal. The incidents of vandalism began after a statue of communist icon Vladimir Lenin was razed after the Bharatiya Janata Party (BJP) swept the Left front government out of power in the assembly elections in Tripura. Soon after, the statue of social reformer and rationalist leader E V Ramasamy, popularly known as Periyar, was vandalised in Vellore.