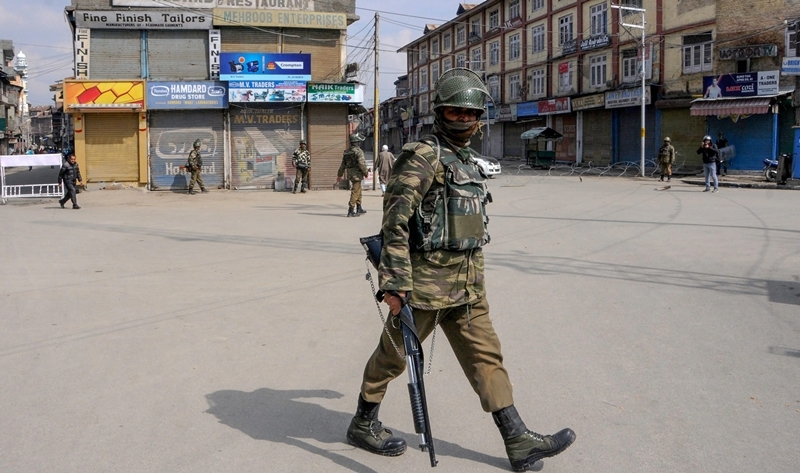 Srinagar: Authorities imposed restrictions in parts of Srinagar on Wednesday to prevent a separatist-called protest march to Shopian town.

The Joint Resistance Leadership (JRL), a separatist conglomerate headed by Syed Ali Shah Geelani, Mirwaiz Umer Farooq and Yasin Malik has called for the march to the south Kashmir town to express solidarity with the families of six persons, including two militants and four civilians killed in a gunfight on Sunday. Police said the restrictions under Section 144 of the CrPC have been imposed in the old city area and some uptown areas here to maintain law and order.

Malik has been lodged in the Srinagar Central Jail, while Geelani and Umer Farooq have been placed under house arrest. Schools, colleges and universities have been closed. All examinations scheduled for Wednesday had to be postponed. Train services have also been suspended. Internet services in south Kashmir areas also continued to remain suspended for the third consecutive day.

Markets, public transport and other businesses remained closed in Srinagar city and other district headquarters of the valley, while private transport moved in areas not placed under restrictions. Heavy deployments of Jammu and Kashmir Police and Central Reserve Police Force (CRPF) have been made here and in other law and order sensitive places in the valley.