Sridevi, the last of the heroines from the South who made it big in Bollywood 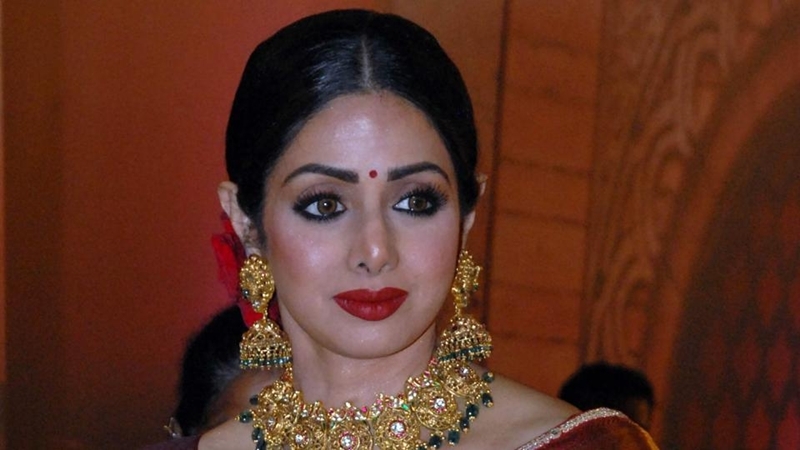 Chennai: Actress Sridevi, who died in Dubai, was the last of the heroines from the south who made it big in Bollywood. She was preceded by the likes of Vyjayanthimala Bali, Hema Malini, Jayapradha and Rekha. After Sridevi‘s entry into Bollywood, the trend of actresses from south heading north ended and a reverse flow began with the entry of Khushbu in Tamil cinema, and the trend continues to this day with stars like Tammana Bhatia, Hansika Motwani and Kajal Agarwal making it big in the south.

Sridevi had debuted in the dream world of cinema as a four-year-old in the Tamil film Thunaivan in 1969 in which she portrayed the role of Lord Muruga (son of Lord Shiva). She has the credit of sharing screen space with three generations of Tamil actors — M G Ramachandran (MGR – as a child artiste in Nam Nadu), Sivaji Ganesan (both child artiste and heroine), Rajinikanth, Kamal Haasan and Vijay (when she returned to Tamil cinema three years ago after a long hiatus).

Also Read: Sridevi: I was a very shy and lonely child; [From the FPJ Archives]

Her first film as a heroine was in Moondru Mudichu in 1976 in which she starred with Rajinikanth. The film was directed by the ace filmmaker K Balachander and Sridevi did her lead role with aplomb, though she was barely 13 then. A year later she got her big hit in Bharathiraja-directed 16 Vaiyathunile in which she shared equal screen space with Rajinikanth and Kamal Haasan. The movie was remade in Hindi as Solva Sawan in which Sridevi starred opposite Amol Palekar.

In 1980s she shifted to Mumbai and went on to scorch the screens in the world of Hindi cinema till the early 1990s. Her death shook her co-stars in Tamil cinema. In a rare interaction with journalists outside his house here, Rajinikanth said he was extremely shocked to learn of her death. “I have known her for around 40 years and we have been acting together since my second film. She is a very good friend,” he said paying rich tributes to her quality as an actress saying her performance was electric before the camera. “I have always greatly admired how she effortlessly succeeded in Hindi films,” he said.

Kamal Haasan tweeted: “Have witnessed Sridevi’s life from an adolescent teenager to the magnificent lady she became. Her stardom was well deserved. Many more moments with her flash through my mind, including the last time I met her. Sadma’s (referring to the hit film with her) lullaby haunts me now. We’ll miss her.” Many in the Tamil film world including music maestro Ilayaraja and politicians expressed their condolences on her death.