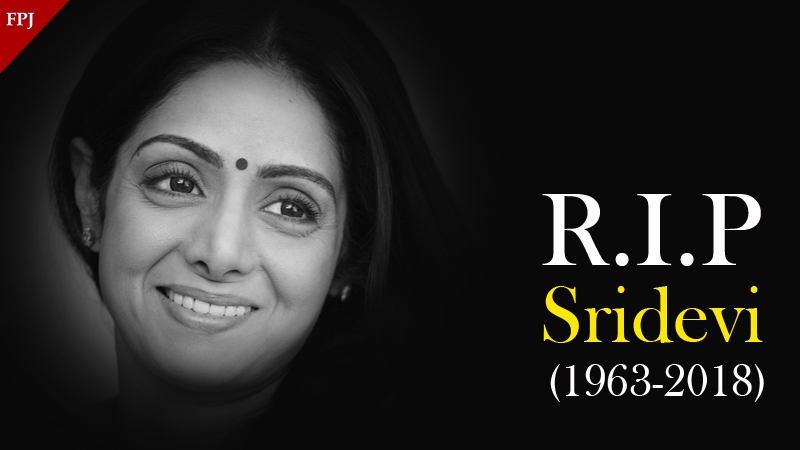 Mumbai: As the nation remains in a state of gloom following the death of veteran actor Sridevi, the ‘sensational’ reporting by the media post the recent developments on the cause of her death has sparked a wave of criticism on social media.

On Monday, the forensic report of the 54-year-old Indian actress revealed that she had died of accidental drowning in her hotel room’s bathtub, after suffering a dizzying spell. Traces of alcohol were also reportedly found in the actor’s body. Following this, several media outlets took to their channels to ponder over the reports, some even going to the extent of character-shaming the actor for allegedly indulging in alcohol.

In retaliation, twitterers expressed their dissent over the sensational twist that has been given to the actor’s untimely demise, evident from the hashtag ‘News Ki Maut’ (death of news) on Twitter.  “#NewsKiMaut let us respect Late Mrs. Sridevi ji and not do dramatic representations and raise questions about her character,” a user wrote. Another tweet read, “It’s not just #NewsKiMaut but #HumanityKiMaut. Compassion is totally missing these days.”

An Indian media outlet even ran a special episode titled ‘Maut Ka Bathtub’ or ‘the bathtub causing death’ after reports surfaced of her “accidental drowning.” Following a spate of rumours that surfaced after the Dubai police claimed Sridevi died of “accidental drowning” and also questions raised by the Indian media over the delay in bringing her body back home, India’s ambassador to UAE, Navdeep Suri, tweeted on Monday evening that it was normal for such procedures to take two-three days.

“The media interest in untimely demise of Sridevi is understandable. But the frenzy of speculation does not help. Important to note that: 1. We are working with local authorities to ensure that mortal remains can be sent to India at the earliest. We are on the job,” Suri said. “2. We are in regular contact with the family of Sridevi and other well- wishers. We share their pain. 3.

Our experience in similar cases tells us that it does take 2-3 days to complete processes 4. We leave it to the experts to determine cause of demise. Let’s be responsible,” he tweeted. For the unversed, the 54-year-old Bollywood icon passed away on late Saturday night in Dubai, where she was attending a family wedding.