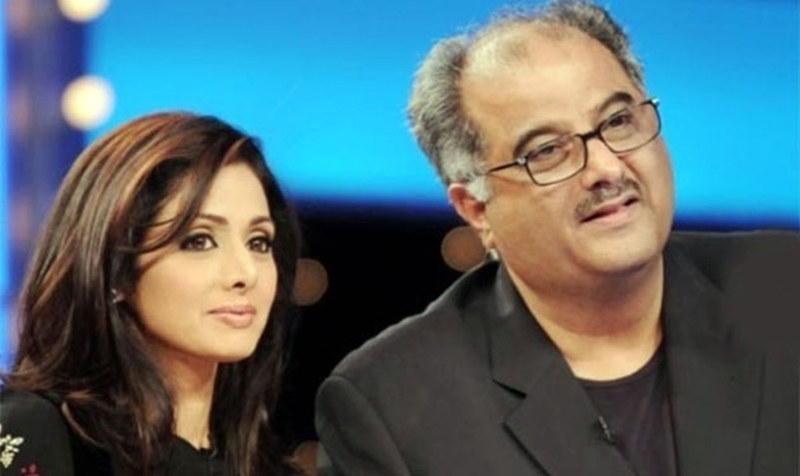 Dubai: Dubai police today recorded the statement of Boney Kapoor, husband of Bollywood actor Sridevi who died of accidental drowning in her hotel bathtub after losing consciousness, according to a media report. Kapoor reportedly discovered Sridevi unconscious in the bathtub filled with water. She was taken to a hospital where she was declared dead on arrival.

Dubai Police called in Kapoor today to Bur Dubai police station for investigation. Police took his statement after which he was allowed to go back to his hotel room, sources were quoted as saying by the Gulf News. The Dubai government said in a tweet the police had transferred the case to the “Dubai Public Prosecution” which will carry out regular legal procedures followed in such cases.

“Dubai police headquarters today stated that the death of the Indian actress Sridevi occurred due to drowning in her hotel apartment’s bathtub following loss of consciousness,” the Dubai government’s media office said on Twitter. There could be a further delay in Sridevi’s body being brought back to India, with the Dubai police informing the Indian Embassy that another “clearance” was awaited before the body could be released.

Sridevi was in Dubai for a family wedding and had stayed back after the ceremonies. Her husband had flown back to Mumbai with their younger daughter Khushi, but returned to Dubai to surprise her. The news of her death, first reported at around 3 a.m. IST on Sunday, sent shock waves across the country with those who knew her at a loss to explain how the star, who was present at several wedding functions in Dubai last week, could suddenly breathe her last. Her family has not commented beyond their initial statement yesterday to announce the death, and has requested the media not to contact them as they grapple with the tragedy.