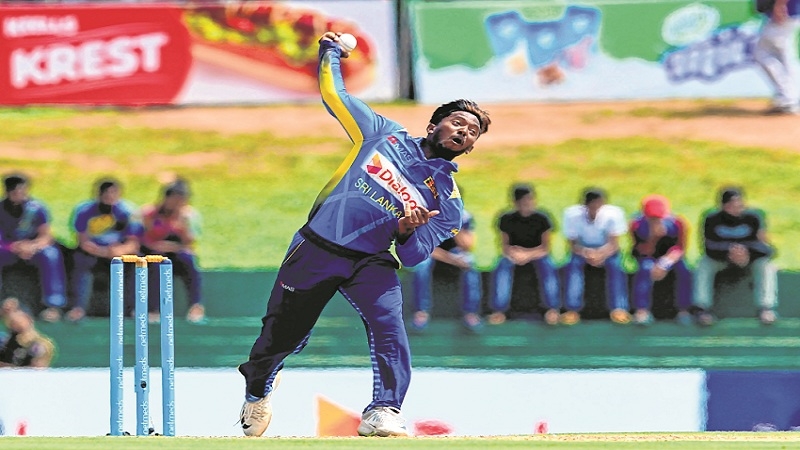 Colombo: Sri Lanka off-spinner Akila Dananjaya was reported over a suspect bowling action during the first Test which England won by 211 runs, the International Cricket Council (ICC) said on Sunday. “Dananjaya’s bowling action will now be scrutinised further under the ICC process relating to suspected illegal bowling actions reported in Tests, ODIs and T20Is,” the ICC said in a statement.

Dananjaya, 25, took two wickets giving away 184 runs in the match that concluded in four days at Galle on Friday. The match officials’ report, which was handed over to the Sri Lanka team management, cited concerns about the legality of his bowling action, the ICC said.

He is required to undergo testing within two weeks and, during this period, Dananjaya is permitted to continue bowling in international cricket until the results are known, the ICC added. There was no immediate comment from Sri Lanka Cricket.
The second Test starts in Pallekele on Wednesday.