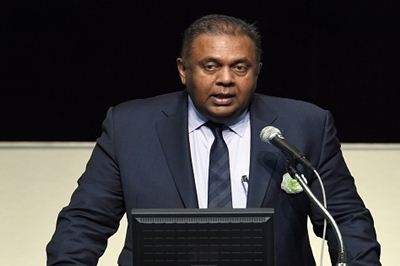 Ousted finance minister Mangala Samaraweera said: “As a result of these actions, Sri Lanka is on the brink of an economic anarchy and chaos as never experienced before. The cavalier and irresponsible actions of the president starting on October 26th based on personal animosities and precipitating a series of illegal acts, places at risk Sri Lanka’s ability to meet its immediate debt obligations. In early January 2019, we have to repay $1 billion of Rajapaksa’s debt taken in January 2014, the repayment of which is also under the purview of Parliament,” he said on Tuesday.

Meanwhile, Lanka Parliament Speaker Karu Jayasuriya said on Wednesday he was committed to protect democracy despite personal abuse and slander thrown at him by the government led by disputed Prime Minister Mahinda Rajapaksa.