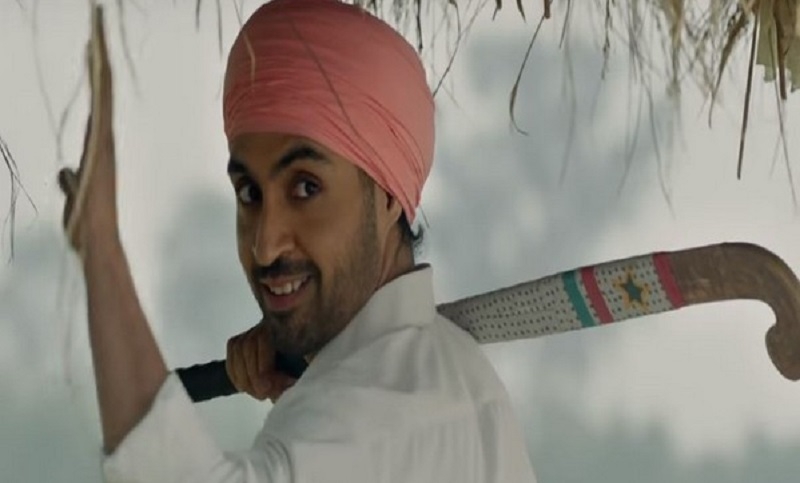 The hockey stick, which was gifted to the actor, is the same stick which was with Sandeep while he was accidentally shot with a bullet and also throughout the period when he was paralysed.

Sandeep was shot with a bullet while he was travelling in the train 12 years ago, after which the hockey player was paralysed for two years. But his determination and love for the game brought him back and he won several medals for our country.

‘Soorma’ depicts the story of this forgotten hero, who inspires every individual to shine even after facing numerous problems in his life.

Sandeep is regarded as the most dangerous drag-flickers of all time with drag speeds of over 145 km/hr. This led to him being nicknamed ‘Flicker Singh’. Produced by Sony Pictures Networks Productions, Chitrangda Singh, and Deepak Singh, ‘Soorma’ is slated to release on July 13.