Some police dogs now have cameras too 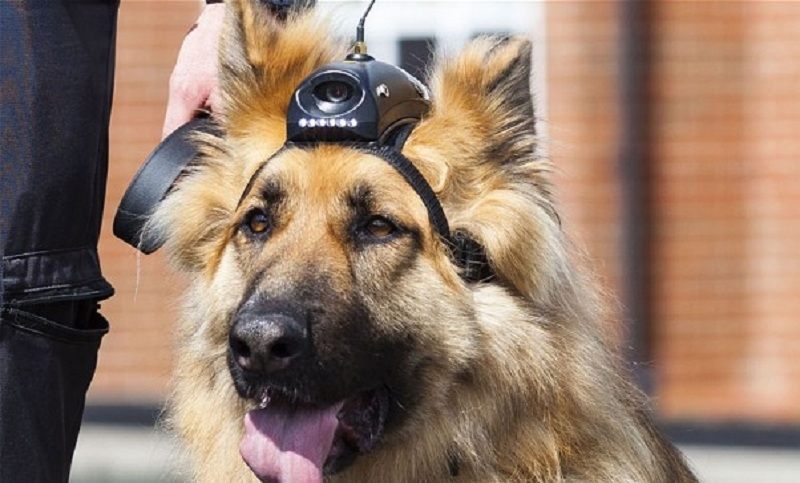 Milwaukee:  Police dogs have always helped their human counterparts through their eyes and nose, and now some of the dogs are getting their own backup — cameras that transmit live video.  The devices generally attach to dogs’ backs on a vest and transmit video to a handler watching from a screen, possibly on their wrist or around their necks. It’s so the officers can better assess what they are up against before they go into a situation.

“If we have a really close encounter with armed people it doesn’t work out well for anyone,” said Shawn Gore, Portland, Oregon, police K-9 officer. “If we can gain distance it gives us lots of options to negotiate and de-escalate.” David Ferland, executive director for the United States Police Canine Association, a training program for police dogs, said departments generally use the cameras when dogs go out to look for suspects, missing people or explosives — for the dog’s safety and for intelligence  gathering.

Ferland doesn’t have statistics but he suspects fewer than 5 percent of agencies have the cameras because they are so expensive.  K-9 cameras started gaining traction about a decade ago after departments saw their success in helping dogs in the military, he said. “Being able to get a layout of an area — whether it’s out in the woods or in a house or it’s in a business, the camera will start to give us that layout so when officers have to go into that environment they can do it more safely,” Diedrich said.