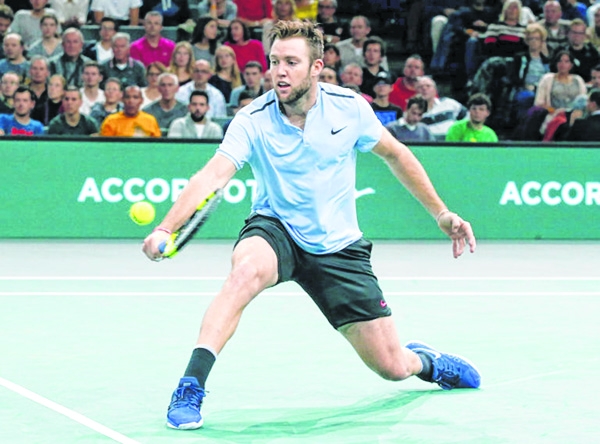 Paris : Jack Sock of the US snatched the last ticket to the ATP Finals later this month with his triumph over Serbian underdog Filip Krajinovic in Paris Masters final here.

Sock claimed his first ATP Masters 1000 title on Sunday as he overcame Krajinovic, who started the campaign from qualifiers, in full sets after nearly two hours, reports Xinhua news agency.

Nailing his title-winning point due to a poor backhand from Krajinovic, Sock lay on the court with both hands on his face, before running to the stands to celebrate with team members.

“It’s a good Sunday for sure,” said Sock after the breakthrough at ATP Master 1000 tournaments.

He is set to break top 10 in ATP Rankings at No. 9, also finishing as the top American player for the first time in his career.

“Incredible week. Hard to describe honestly. To come back from the deficit I was down in my first match here and have this trophy next to me now talking to you guys has been an incredible achievement,” he added. Sock came into the tournament as No. 24 in the ATP Race to London, a position quite far from the Finals. However, as he marched on step by step, other contenders fell in early rounds, meaning that the American was just one win away from the season-ending finale.

Meanwhile, Spain’s Rafael Nadal remained in the No.1 spot in the men’s Association of Tennis Professionals world singles rankings released on Monday, while Britain’s Andy Murray and Serbia’s Novak Djokovic dropped out of the top 10.

Nadal, 16-time Grand Slam champion, was followed by Switzerland’s Roger Federer with 9.005 points. The 12th placed Djokovic and Murray, who fell to the 16th spot, missed the final Grand Slam tournament of the season with elbow and hip injuries respectively. Germany’s Alexander Zverev came in third, ahead of Austria’s Dominic Thiem.