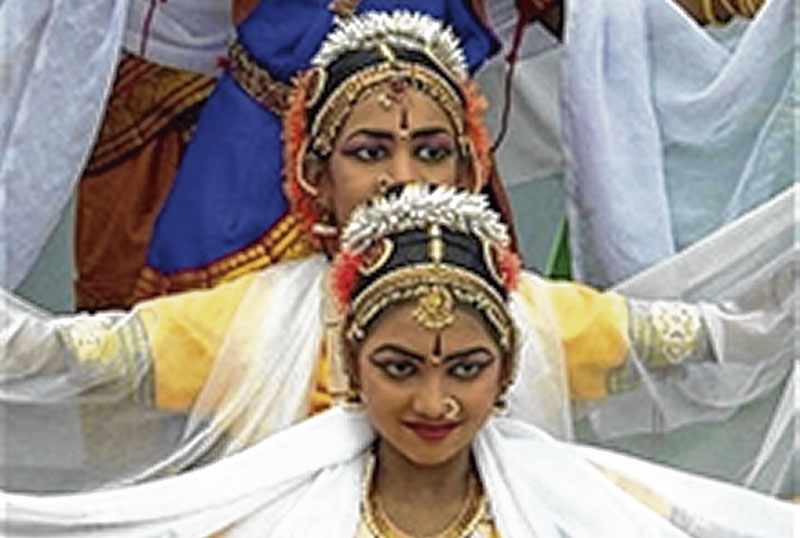 New Delhi : Indian classical dance is becoming universal, thanks to the expanding social media, which according to Malaysian Bharatnatyam dancer Shangita Namasivayam, is taking the dance form to the masses.

The danseuse, who was in town for a theatrical dance performance – “Samyoga-The Divine Union” – said the internet had opened up numerous possibilities for dance as a medium.

“The social media has made Indian classical dance universal and there is so much more can be done today to take our traditional dance forms to masses,” she told PTI.

However, she admitted to having a strong preference for traditional formats of Bharatnatyam, even though practising neo classical forms has become quite a trend in the contemporary times.

“I think there is a lot of space to explore within classical dance forms, therefore I prefer to stick to the traditional formats. Having said that, many artistes are doing brilliant neo classical works too, which is good,” she said.

For her performance here, Namasivayam turned to the institution of marriage for inspiration.

She delved into the truth and justice of wedlock through divine matrimonies based upon love.

Namasivayam had on board with her dancers from Kalpana Dance Theatre, who brought alive the sanctity of the marital bond, by depicting episodes from the weddings of three goddesses – Sita, Meenakshi and Valli.

“Valli Thirumanam” or Valli’s wedding recreated the amusing episode of the Hindu goddess getting married to the love of her life, Lord Muruga.

Legend has it that she had solemnly sworn to marry no one else, but to test her love, Lord Muruga disguises himself as a hunter and then an old man.

When Valli agrees to marry the old man out of fear, Muruga reveals his true form and they are married happily ever after.

“All the marriages we showcased are also relevant to present day relationships. I think everything which is old is very current and fashionable today,” Namasivayam said.

The performance which was premiered in Kuala Lumpur in January this year, also involved glimpses of martial arts and other dramatic elements to create the desired effect.

“The biggest challenge we faced was how to make each celebration different. They were all Indian weddings – so the actual ceremony and celebrations needed most creativity,” she said.