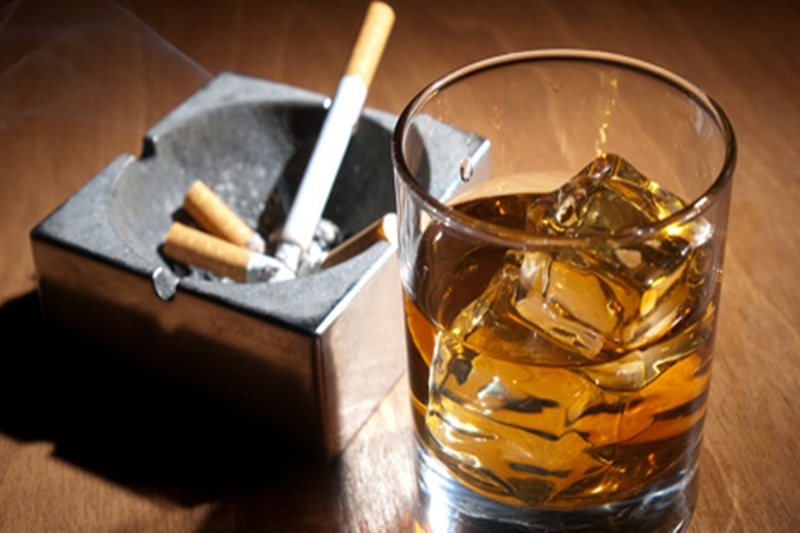 London: People who have recently begun an attempt to quit smoking tobacco are more likely to try drinking less alcohol than other smokers, according to a new study. People who attempted to stop smoking recently reported lower levels of alcohol consumption, were less likely to binge drink, and were more likely to be classified as ‘light drinkers’ (having a low alcohol risk) compared with those who did not attempt to stop smoking, researchers said.

“These results go against the commonly held view that people who stop smoking tend to drink more to compensate. It’s possible that they are heeding advice to try to avoid alcohol because of its link to relapse,” said lead author Jamie Brown, from University College London.

Previous research has shown that tobacco dependence and alcohol consumption are closely related. The study involved household surveys, where a total of 6,287 out of 31,878 people reported smoking between March 2014 and September 2015.

Of these, 144 had begun an attempt to quit smoking in the week before the survey. The respondents completed the Alcohol Use Disorders Identification Test consumption questionnaire (Audit-C). The data were a cross sectional representation of the population of adults in the England.

The researchers looked at the association among smokers in England between a recent attempt to quit smoking and alcohol consumption. They identified smokers as light or heavy drinkers (light was indicated with an Audit-C score below 5 and heavy was indicated with an Audit-C score greater than 5) and analysed
their recent attempt to stop smoking (identified by those who had attempted to quit in the last week with those who had not) and a current attempt to cut down on their drinking.

“We can’t yet determine the direction of causality. Further research is needed to disentangle whether attempts to quit smoking precede attempts to restrict alcohol consumption or vice versa,” said Brown. “We’d also need to rule out other factors which make both more likely. Such as the diagnosis of a health problem causing attempts to cut down on both drinking and smoking,” he added. The study was published in the journal BMC Public Health.