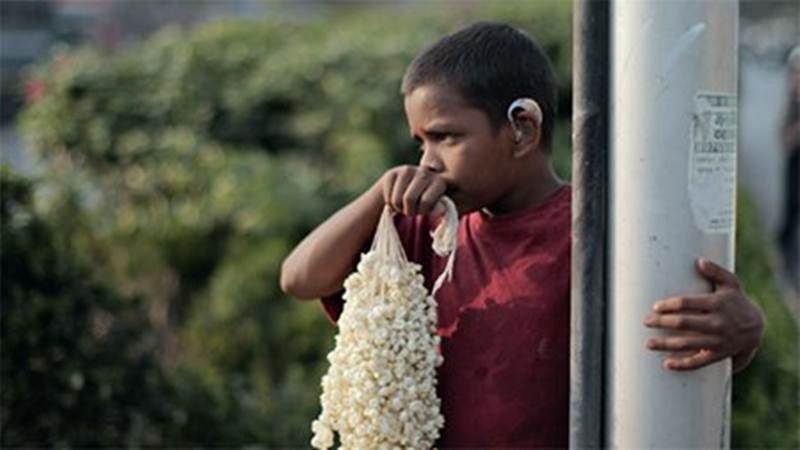 As a noble experiment with established filmmakers like Mira Nair, Shyam Benegal, Imtiaz Ali, Zoya Akhtar, Nagesh Kukunoor, Sriram Raghavan and Homi Adajania  mentoring young hopefuls in their wannabe efforts to make a mark on the film firmament, this omnibus of 7 shorts is quite admirable if not entirely appreciable or riveting.

Each filmmaker in ‘Shor Se Shuruaat’ appears to be technically proficient and has unique sensibilities nurtured and flowered by the experienced hands of their well-established mentors. The theme may be one, ‘about the influence of sound in everyday life,’ but the expressions are varied.

The presentation begins with “Azad,” Directed by Rahul V Chittella and mentored by internationally renowned Mira Nair. Principles are the key to the elevation of a simple man who becomes a columnist writing under a pseudonym. The narrative is non-linear so there’s a lot of back and forth in the confusing relationship between father and son. Atul Kulkarni as Vinod Durge/Azad and Sakshi Tanwar as his Muslim wife Zainab are natural.

“Aamer,” directed by Amira Bhargava and mentored by Zoya Akhtar is the story of a deaf boy, a street child, whose mother has been working tirelessly to get him a hearing aid and finally the day has come. But Aamer’s experience of it is not as wonderful as he thought it would be. Simple and heartfelt, this is the most affecting film in the bouquet.

“Decibel, ” by Annie Zaidi, mentored by Sriram Raghavan is set in a dystopian future, where citizens are forced to live within a strictly calibrated  auditory threshold. The young woman here, yearns for sounds from the past and tries to find solace in them. This one is not well thought out or entirely believable even though the setting and Chroma are neat enough. The film feels entirely contrived and artificial.

Shyam Benegal was well suited to mentor  Pratik Rajen Kotari’s “Hello Hello,” a reasonably humorous take on consumerism. It’s about marketing noises that lure customers with ‘unbelievable’ advantageous – only to fail them subsequently. But the film itself feels disjointed and uneven so there’s not really much to be had here other than a tentative smile for effort if not skill.

Sanjay Mishra as a convict in solitary confinement yearning for the sounds of freedom before his hanging, is bang on, but the film itself, “Dhvani” directed by Supriya Sharma, mentored by Nagesh Kukkunoor, doesn’t leave you affected in any way. It’s a little too clinical and spare for that.

Partially animated and using CGI to tell a fairy tale, Arunima Sharma’s “Yellow Tin Can Telephone” has zany creator, Homi Adajania listed as mentor and as evident, justifiably so. This tale of  a boy who suffers from an overdeveloped sense of colour hooking up with a girl with an overly sensitive sense of hearing is visually impressive because of its creatively mounted narrative but it’s not easily coherent.

The final film about a emotionally butchered girl finally waking up to the rap-bop beat of impending life, “Mia I’m,” is by far the most fulfilling of the lot. It’s not trick happy and takes you along on its road to reawakening. Directed by Satish Raj and mentored by Imtiaz Ali, this one is the beauty in the pack and could become seed for a well-developed first feature!