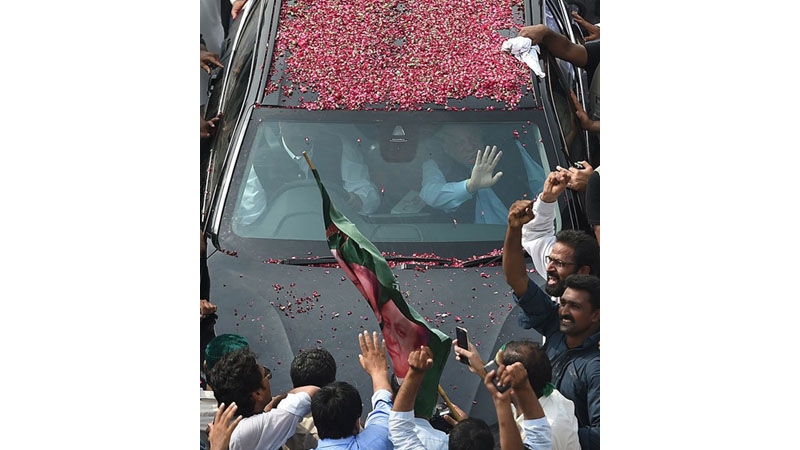 The formal decision would be taken later this week in Lahore in meeting of the PML-N. Though Nawaz still holds sole authority to appoint anyone to any post but he consults party before major decisions.

Islamabad : Shehbaz Sharif is set to be appointed as president of the PML-N after Pakistan’s Election Commission asked the ruling party to replace his brother Nawaz Sharif, who was disqualified as prime minister by the Supreme Court, a senior leader has said. Raja Zafarul Haq, senior Pakistan Muslim League-Nawaz (PML-N) leader, told the media that Shehbaz Sharif, 65, would be the new president of PML-N.

The formal decision would be taken later this week in Lahore in meeting of the PML-N. Though Nawaz still holds sole authority to appoint anyone to any post but he consults party before major decisions.

The 68-year-old ousted prime minister was president of the ruling party until he was disqualified by the Supreme Court on July 28 over the Panama Papers scandal. According to the local laws he lost his seat in the national assembly and cannot hold any post in the party.

Opposition parties had lodged petitions against the then premier over the scandal demanding trial of the first family for the assets and properties they owned, alleging that the premier and his children resorted to money laundering and graft.

The top court took up the case in October and formal hearings of the petitions began in November.

After around four months, a verdict was reserved by the top court in February and was delivered on April 20 that ordered for formation of a six-member Joint Investigation Team (JIT) to probe the first family.

After 60 days, the probe committee filed its report in the court and within two weeks, a verdict was delivered that ordered the elections authority to disqualify Nawaz Sharif.

On Tuesday, Election Commission of Pakistan (ECP) through the notice told the PML-N that Nawaz Sharif cannot lead the party after disqualification under the Political Parties Order 2002.

Sharif kicks off roadshow to Lahore in show of strength

Islamabad : Pakistan’s ousted premier Nawaz Sharif on Wednesday embarked on a journey to Lahore from Islamabad via the famous Grand Trunk Road to show his popularity among the people despite security concerns following a bomb blast in the Punjab province’s capital.

He held a meeting with Prime Minister Shahid Khaqan Abbasi, cabinet ministers and senior party leaders before starting the 370-km-long journey. Sharif was accompanied by hundreds of his supporters.

The former prime minister has not visited his hometown and his stronghold, Lahore, since he was disqualified by the Supreme Court last week over the Panama Papers scandal.

His party has estimated that thousands of supporters would line up on the road side to greet him.

Earlier, fear griped Sharif’s party workers after the truck bombing killed at least two persons and injured 30 others on Monday.

Sources in the Pakistan Muslim League-Nawaz (PML-N) party said that some of the senior party leaders were concerned about the security of Sharif.

He has also planned to deliver speeches at important places where even bigger crowds of supporters are expected to turn up.