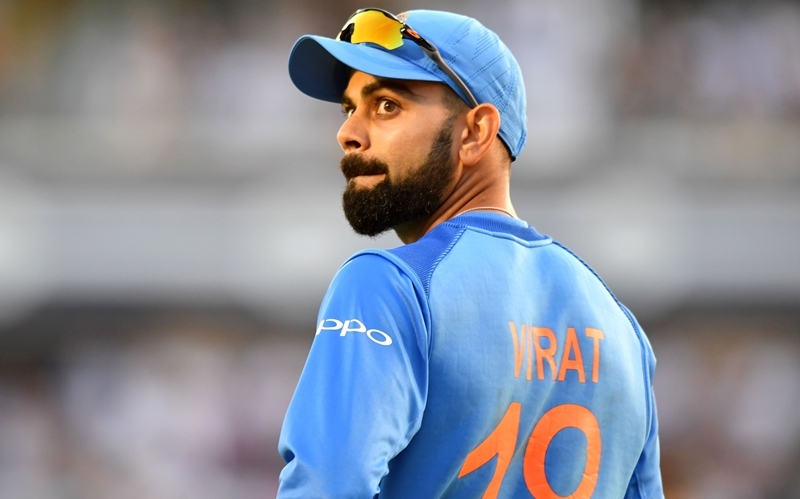 Rajkot: Prithvi Shaw is a “different quality” player and that’s why the youngster was rushed into the Test team, gushed an elated India captain Virat Kohli after the Mumbai teenager was adjudged Man-of-the-match for his century on Test debut against the West Indies. Shaw became the youngest Indian batsman, fourth overall, to score a hundred on Test debut.

He began his Test journey with a 134-run knock, opening the innings for India, who thrashed the West Indies by an innings and 272 runs in the series-opener. “Delighted for Prithvi and Jaddu. Playing his first game, seeing him dominate – the guy [Shaw] showed he is different quality. That’s why he’s been pushed to the Test team. It is exciting to see from the captain’s perspective,” Kohli said at the post-match presentation.

“Jaddu as well – he has got important runs for us before and we wanted him to get three figures. We believe he can turn matches for us,” Kohli added. Saurashtra all-rounder Ravindra Jadeja also had a memorable game as he scored his maiden Test ton. Kohli also credited the pace duo of Mohammad Shami and Umesh Yadav for putting the opposition under pressure.

“If you see the first innings, the way Umesh and Shami ran into bowl. Few wickets with the new ball and you can put the opposition under pressure. Shami took wickets on a pitch that was  offering nothing.” Asked about the difference in conditions between Rajkot and England, where India lost the test series 1-4 last month, Kohli said the two can not be compared. “That was a bigger challenge. We understand that with the ability we have, we will dominate in these conditions. We were very clinical,” Kohli said.

Shaw said it was a good start to his Test career and his strategy was to play like any first class domestic mach. “It was a great win. Scoring myself and getting the team to a win on my debut, couldn’t have imagined it so I feel good. Whenever you play international cricket, there is always a challenge. I was looking to play my natural game, the way I play in First Class cricket.”