Shashi Tharoor’s tweet on Aadhaar is killer! Check it out 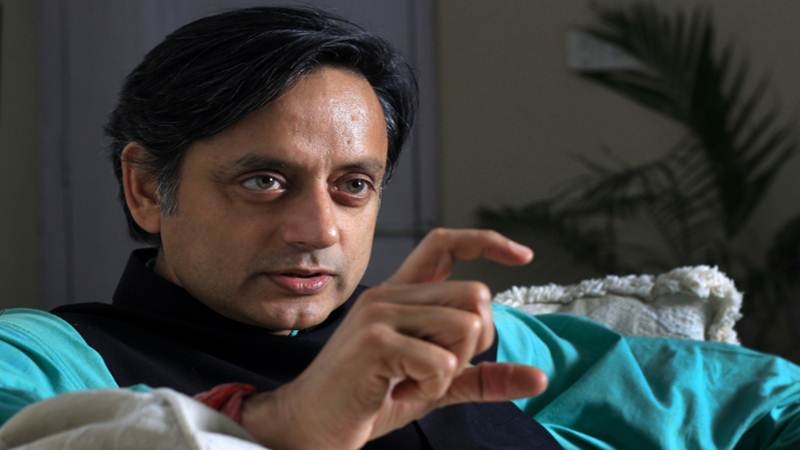 Congress leader Shashi Tharoor is surely a man with lot of wits. When politicians voices their disagreement through arguments and debates, Tharoor often finds some hilarious way to discover it. The Congress MP has given us ample moments to look for words in the dictionary recently, coming up with terms like ‘snollygoster‘ and ‘webaqoof’. This time, Tharoor shared his take on Aadhaar with a little spice of humour.

Shashi Tharoor tweeted, “Brilliance from WhatsApp: James Bond applied for a Death Certificate in India… they told him to “Die an Aadhaar Day…!!”

Brilliance from WhatsApp: James Bond applied for a Death Certificate in India… they told him to “Die an Aadhaar Day…!!”

Wish Sunanda Pushkar Could’ve Said The Same And Survived That Night To Expose The Hypocrites. https://t.co/ylo1mdOZnJ

Sir your party has Rahul Gandhi and still you rely on whatsapp for jokes!!

Gosh the whole Congress Battalion is trying to rescue Sonia Gandhi from Rajya Sabha mess and you are tweeting silly jokes in the Twitter!!

To note, the Home Ministry on August 4 made it mandatory to quote one’s Aadhaar number for registration of death starting from October 1. Which means an applicant applying for death certificate is required to provide Aadhaar number of the deceased and other details as sought in the application for death certificate for the purpose of establishing the identity of the deceased.