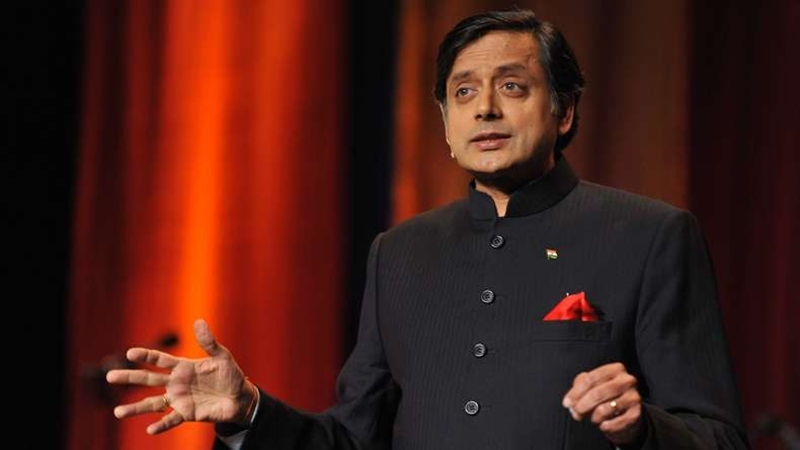 New York: Congress leader Shashi Tharoor has dismissed as a “sweeping statement” a new survey that ranked India as the world’s “most dangerous” country for women, asserting that he was astonished that Afghanistan, Syria and Pakistan fared better than India on the list.

Tharoor’s remarks came after a Thomson Reuters Foundation survey ranked India as the world’s “most dangerous” country for women based on a survey of about 550 experts on women’s issues. Tharoor said there had been an awful lot of unpleasant incidents against women in India in recent years.

“Something which shames every Indian, no question about that, particularly every Indian male. But a sweeping statement like the most dangerous country in the world for women is a bit difficult to swallow,” Tharoor said at an event here.

The Indo-American Arts Council, a not-for-profit arts organisation, had organised a talk with Tharoor about his recent books ‘An Era of Darkness: The British Empire in India’ and his latest offering “Why I am A Hindu”. Tharoor said there were voices arguing for greater gender sensitivity, education, for better police patrolling, more women in police forces to ensure India becomes a safer place for women.

“But India is still a place where women are relatively free. They don’t have the kind of restrictions that say Afghanistan, Saudi Arabia imposes on women in terms of freedom of movement, profession and many other kinds of restrictions,” he said.

Tharoor also said that women in India “certainly don’t face the kind of violence” that they do in countries like Syria.

“I’m quite astonished that India would rank above Afghanistan, Syria, Saudi Arabia, Pakistan and many other places as the world’s most unsafe place for women,” he said.

Tharoor said that instead of “quibbling” over a headline-grabbing term like that, the important thing to do was to work together to ensure a safe environment for women in India.

“Whether we disagree with that specific conclusion or not, we must acknowledge that it is a problem. That women are feeling in many ways unsafe, the number of incidents of violence and assault against women are unacceptable and things must be done by the government and by the society to overcome this. There I fully agree, I’m just not so sure about the headline,” he said.

In the survey, India is ranked as the world’s most dangerous country for women due to the high risk of sexual violence followed by the war-torn Afghanistan and Syria. Somalia and Saudi Arabia are ranked fourth and fifth respectively in the survey.

The poll of 548 people was conducted online, by phone and in person between March 26 and May 4 with an even spread across Europe, Africa, the Americas, South East Asia, South Asia and the Pacific. The only Western nation in the top 10 was the US, which ranked joint third when respondents were asked where women were most at risk of sexual violence, harassment and being coerced into sex, the survey said.

The Women and Child Development Ministry have dismissed the survey as “clearly inaccurate”, saying the report was based on the perception of “unknown persons”. The Ministry said the organisation had used a flawed methodology to arrive at the conclusion.

“The ranking is based on a perception poll based on responses to simply six questions. The results are not derived from any kind of data and are solely based on inherently subjective opinions,” the ministry said in a statement.

“Further, the poll has been conducted with 548 respondents, which have been defined by Reuters as ‘experts focused on women’s issues’. However, information on their designation, credentials, country of expertise or qualifications is not available, thus reliability is an issue,” it added.