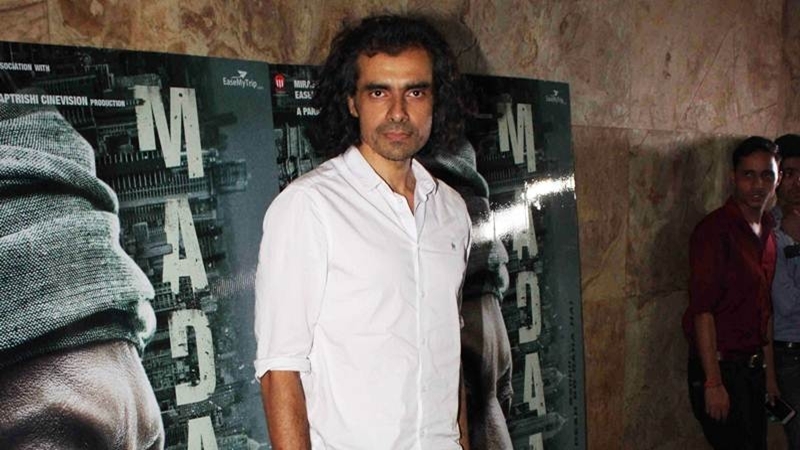 Mumbai: Filmmaker Imtiaz Ali, who is working with superstar Shah Rukh Khan in his forthcoming directorial, says he is impressed that the actor hasn’t forgotten his roots in theatre.

Imtiaz, who too has an affiliation towards theatre, spoke at the Colors Khidkiyaan Theatre Festival 2017 here on Wednesday evening. Talking about working with Shah Rukh in the film — tentatively titled “The Ring” — Imtiaz said: “We talk a lot about Delhi theatre. I didn’t know that he would be still in the habit of performing in the way that he used to when he did theatre. His approach is very theatrical.”

“Every day he talks about his theatre experience in Delhi and I am very glad about that.”

Also Read : My films are my travel diaries: Imtiaz Ali

Talking about the festival, Imtiaz Ali said that since he himself comes from a theatre background and is now into films, it’s a “unique initiative” which “blends theatre and film industry together”.

“I’m really happy that there is a festival which is a confluence of theatre and films. I’d like to encourage all the people who are aspiring actors or filmmakers to indulge themselves in theatre as it gives certain attributes and certain strengths that will always be beneficial in both theatre and films and in life in general,” he added.

Raj Nayak, CEO of Hindi Mass Entertainment, Viacom18, the co-organsing company of the festival, said theatre has in a major way “contributed towards the development of Indian television and its entertainment avenues by providing artists and talent across”.

The five-day long festival will also have a mix of superlative theatre productions and workshops, panel discussions moderated by Anupama Chopra and Arunabh Kumar, a masterclass by casting director and acting coach Mukesh Chhabra, script-reading sessions and a short film corner.