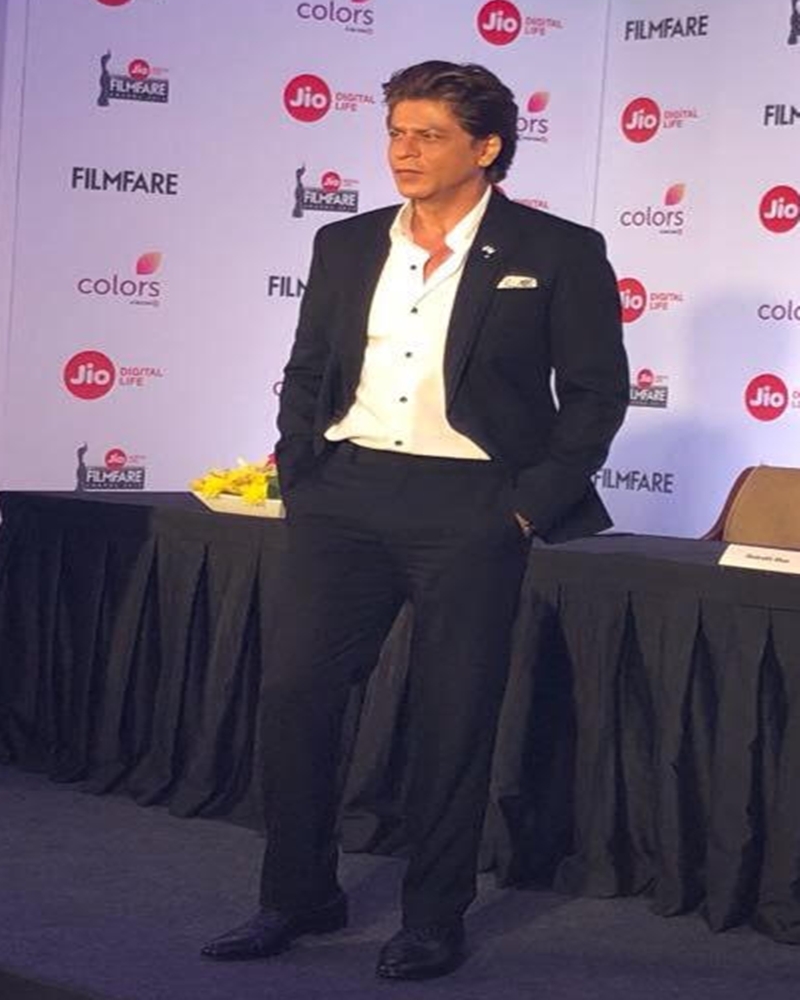 Mumbai: Bollywood superstar Shah Rukh Khan says he loves winning awards as nothing can replace the excitement of holding a trophy.

Asked about after winning so many awards, if it still holds the same relevance in his life as a superstar, he said: “Yes! I love winning awards. It is not a point to prove that I have done some great body of work and therefore winning the award is a validation to that. I love awards because I love winning!”

“Well, I look at things differently. My wife explained it perfectly to me. When I started hosting Filmfare Awards 20 years ago, I was just five years old in the film industry. As a youngster, whatever I did, people took that lightly.”

Shahrukh, here at an event on Tuesday to announce the date of the 63rd Filmfare Awards along with Filmfare magazine editor Jitesh Pillai, said: “When I was a kid, I used to take part in 100 metres run, soccer match, hockey matches etc back then, training and participating in games was exciting for me. But there is something very special one feels standing on the podium, holding the winning trophy! Nothing can replace that feeling.”

“Now, after being a member of the film fraternity of 25 years, if I am making fun of my contemporaries or senior actors, nobody would take that lightly… nobody would tolerate it as a ‘youngster’s act’ anymore. So yes, as a senior actor, I curtail my sense of humour.”

“It is not a secret that I even take part in parents’ sports day and win. You know I train for that, to win the race. Yes, now with AbRam, things have changed a bit because now I am 50, and other parents are 25 or of that age bracket. But I still participate because I want to win!”

Asked if he can recall winning his first award, Shah Rukh said: “I always said this that I want to make a movie that should be so big, not only by canvas, not emotionally and with its engagement that even my mom-dad would be able to see that from heaven.”

“I know it may sound childish but I had a genuine feeling that the day I won my first-ever award, my parents saw me from heaven.”

Mentioning how the Filmfare award ceremony has changed over the years, Shah Rukh said: “You know earlier it was very cosy atmosphere but now there is public ticket selling. I know as an actor, if someone is making fun of my film that flopped in business, I will feel bad. So, that way, if I will make fun of others on the same note, they could feel offended. So I curtail that.”

Asked if, like megastar Amitabh Bachchan, he also feel nervous before performing, Shah Rukh said that such tension before a big show is a sign of a good artist.