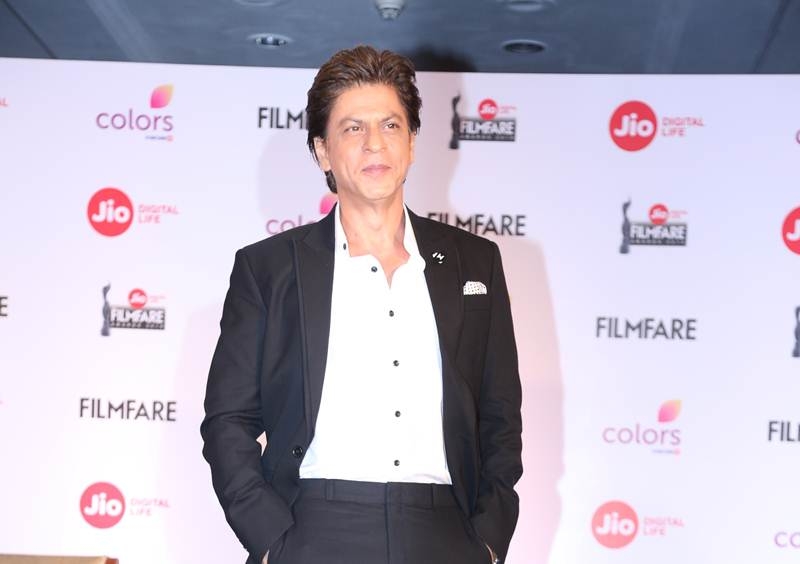 Shah Rukh Khan says the team of his next film, directed by Aanand L Rai, wants to give their best to the VFX-rich project and currently finishing touches are being added to the movie. The 52-year-old actor said the team does not want to compromise on the visual effects and wants to impress the audience when the film is presented.

“… It is taking a little longer as we had thought about it. We prepared it for two years and we are giving our best shot possible. It is a visually heavy effect film. It takes time and money is also being spent. We want to be very exact about everything. Tomorrow if we put a photo about it, half the people would say… We have not worked hard on it. We are not nervous, but we are little wary, we should put the best foot forward,” Shah Rukh said.

The actor, who will be seen playing a vertically-challenged man in the film, said the title and the poster of the movie are ready. It was apparently on his last birthday Shah Rukh had said the makers of Rai’s film will soon come out with a poster. “These people are not on time… They are taking time,” he quipped. The actor added, “It will happen in few days. It is a little difficult film, so we want the first imagery… Someone who is playing vertically-challenged person, for a person who is a movie star who is known for romantic roles… So there will always be ifs and buts about the acceptance.” The film also features Anushka Sharma and Katrina Kaif. The movie also has a special appearance by Salman Khan for which the stars have already shot together.

No other film for now

Meanwhile, there are reports about Shah Rukh stepping to do the biopic on astronaut Rakesh Sharma after Aamir Khan left the project. But the actor said he has not given any nod to a new film at the moment. “I have not signed any film. I am working on the dwarf film. Maybe after couple of months I will decide (what to do). I have been meeting Siddharth Roy Kapur and Ronnie Screwala (producers of Sharma biopic), a lot of directors and producers but I have not confirmed any film.”

Shah Rukh Khan, who has seen a variety of Bollywood award shows and won every single of them in his illustrious career, has shared that even after so many years he loves to win awards as nothing can replace the excitement of holding a trophy. When asked do awards still hold same importance to him today as they did some 10-15 years back, the actor said, “Yes! I love winning awards. It is not a point to prove that I have done some great body of work and therefore winning the award is a validation to that. I love awards because I love winning!”

Recall his first award win, Shah Rukh said, “I always said this that I want to make a movie that should be so big, not only by canvas, not emotionally and with its engagement that even my mom-dad would be able to see that from heaven.”