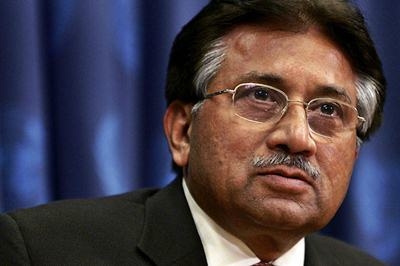 Islamabad : Pakistan’s former dictator Pervez Musharraf, ordered to appear before a special court in a high treason case, has postponed his return to the country citing security concerns, according to a media report on Monday.

The Dubai-based retired Army general and former president informed of his decision not to return to the country to persons close to him in Pakistan, Geo News reported.

Interior Minister Ahsan Iqbal, however, issued a statement soon after reports of Musharraf’s decision to postpone his visit to Pakistan were aired by the media, stating that security should not be a concern for the former president.

“The government will provide Musharraf with security as prescribed by the law,” Iqbal said. “Security should not be a concern for him. He should continue with his plans to return to the country without any hesitation.”

Musharraf, 74, has been living in Dubai since last year when he was allowed to leave Pakistan on the pretext of medical treatment. He was indicted in March, 2014 on treason charges for imposing emergency in 2007 in the country which led to the confinement of a number of superior court judges in their houses and sacking of over 100 judges. He has been declared “proclaimed offender” by courts in the treason and the Benazir Bhutto assassination cases.

He is the first general to face trial for treason in Pakistan’s history and if convicted, he could be given life imprisonment or the death penalty. Musharraf’s legal counsel Advocate Akhter Shah also expressed distrust on the interior ministry for the provision of foolproof security to his client. Shah said he could not advise his client to return to the country till he was satisfied with the security arrangements for Musharraf.