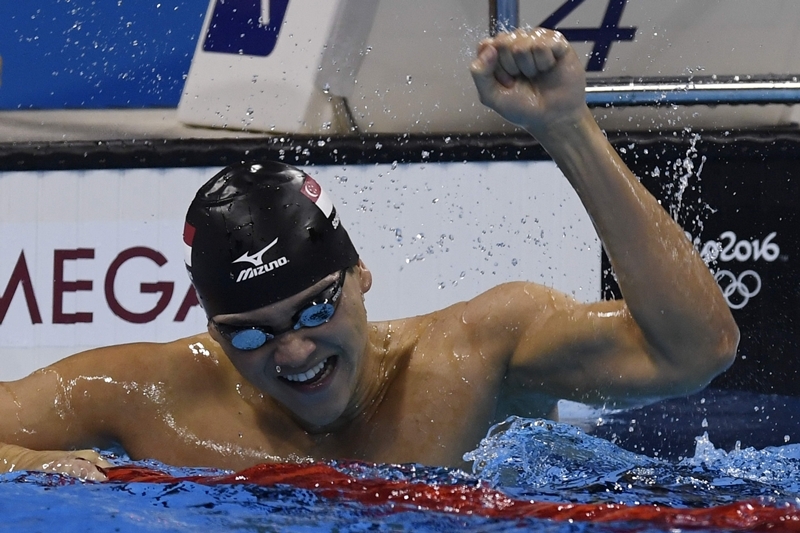 The 21-year-old Schooling touched the wall in 50.39 seconds, 0.75sec ahead of Phelps at the Olympic Aquatics Stadium here on Friday evening, reports Xinhua.

Phelps, South Africa’s Chad le Clos, and Laszlo Cseh of Hungary tied for the silver in 51.14.

Their was an American dominance at this event as Phelps had won the gold medal in the event at the last three Olympic Games.

He was aiming for his second so-called four-peat of the Rio Games after securing his fourth consecutive Olympic 100m individual medley gold medal on Thursday.

It was just the third Olympic silver medal of Phelps career. He has won a record 22 gold medals and two bronze medals.