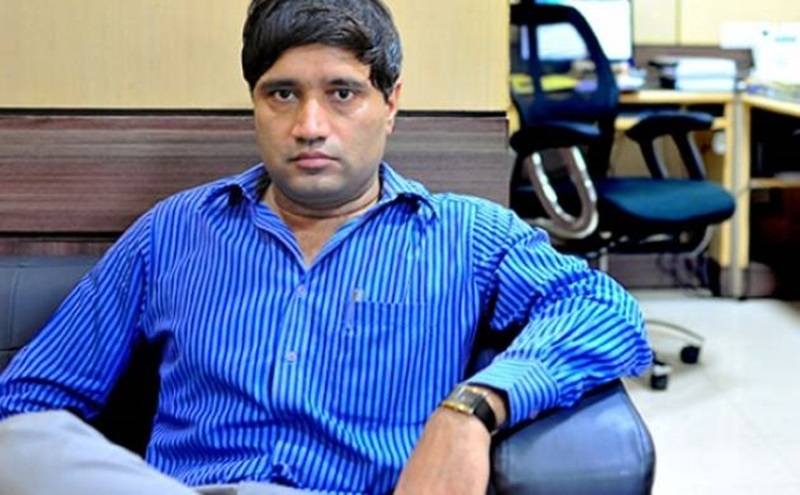 New Delhi: The Supreme Court has set aside a high court order that had declined to interfere with a plea made by Indian Forest Service officer Sanjiv Chaturvedi seeking a stay on a criminal defamation complaint filed against him by Himachal Pradesh Chief Secretary Vineet Chawdhary.

An apex court bench headed by Chief Justice Dipak Misra found that the Himachal Pradesh High Court order had not adverted to any aspect nor addressed the submissions of the petitioner and sent the matter back to it for passing a reasoned order.

“On a perusal of the order passed by the high court, we find that the learned judge, except stating that he is not inclined to interfere in the petition seeking quashing of the complaint, has not adverted to any aspect. Be it noted though the submissions has been referred to in the impugned order, the same have not at all been addressed,” the apex court said.

In view of the aforesaid, it is appropriate to set aside the impugned order and remand the matter to the high court for fresh consideration and pass a reasoned order in accordance with law, it said.

Vineet Chawdhary, a 1982-batch IAS officer of Himachal Pradesh cadre and former deputy director of All India Institute of Medical Sciences-Delhi, had filed a complaint against Chaturvedi in April 2016, alleging defamation for making public his vigilance profile.

He had also alleged that Chaturvedi made public a confidential letter written by the latter on August 16, 2014 in his capacity as the chief vigilance officer of AIIMS to the then chief secretary, Himachal Pradesh, giving information about pending corruption/departmental inquiries/proceedings against Chawdhary.

Chawdhary had alleged that this letter was circulated to ‘defame’ him and ‘malign his reputation’.

On Chawdhary’s complaint, a court in Shimla had issued summons to Chaturvedi on November 24, 2016.
Chaturvedi approached the Himachal Pradesh High Court seeking quashing of this order and also the complaint filed against him, and submitting that he has been summoned to face trial without there being any mandatory sanction of prosecution from government nor there being any evidence of his involvement in leaking the confidential letter.

On April 6, the high court refused to interfere with the local court order saying that it was open for the petitioner to approach the court concerned; enter appearance and take all such pleas at an appropriate stage.

“It is not that petitioner is remediless and as such must first take recourse to the remedies in accordance with law,” the order passed by the Himachal Pradesh High Court Acting Chief Justice Sanjay Karol read.

It was against this order that Chaturvedi had moved the Supreme Court.

In his petition before the Supreme Court, Chaturvedi stated that being the chief vigilance officer of AIIMS, he had investigated instances of corruption allegedly involving Chawdhary, who was then the deputy director at the premier medical institution, and that being a public servant, no criminal proceedings can be initiated against him without prosecution sanction of the government.

In April this year, the Delhi High Court had issued notices to the central government on a petition filed by an NGO alleging illegal closure of cases involving Chawdhary and some other senior officials of AIIMS.