‘Sarabhai vs Sarabhai’ cast went live of Facebook. Here’s what they said 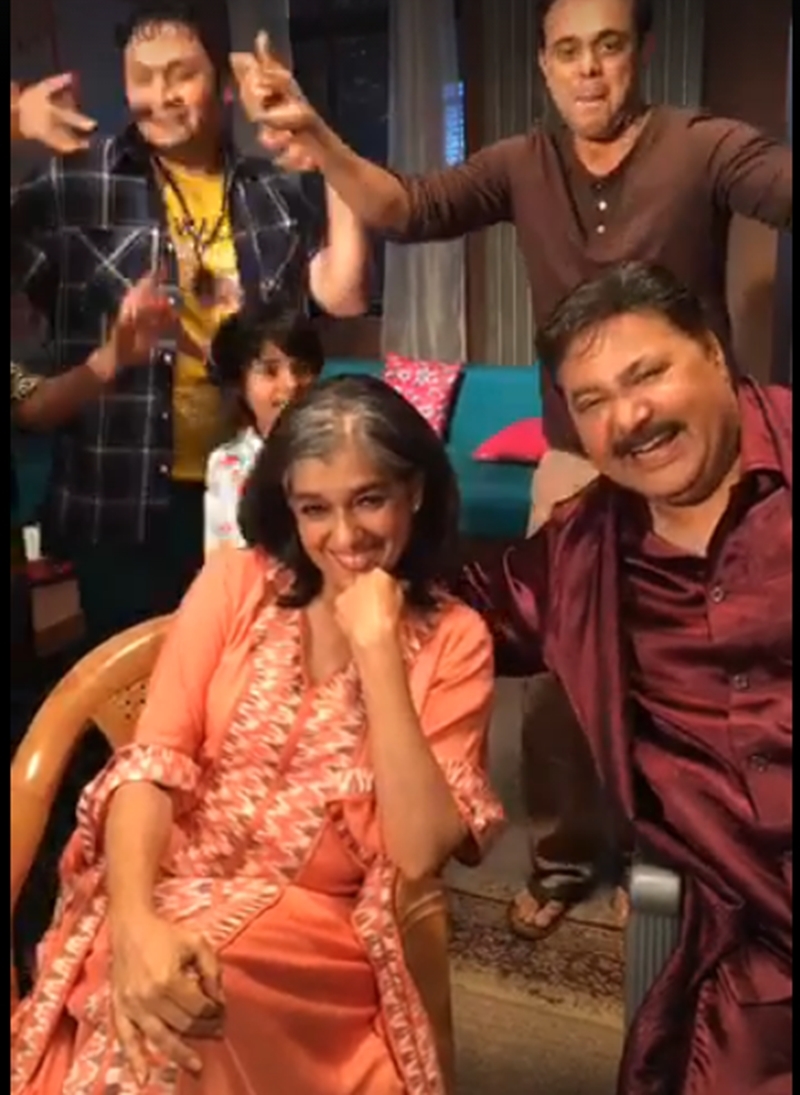 Since the team of ‘Sarabhai vs Sarabhai’ announced their comeback, fans have found it difficult to contain their excitement. To add to the anticipation, the actors and makers of the show took to Facebook through the Hotstar page to hold a live session with their fans on Monday.

Producer and actor JD Majethia took the responsibility to re-introduce the characters and actors to the audience before the show comes back after 11 years, later this summer, with a second season. The hit comedy show is making a comeback in the form of a web series in May and it would take a leap of seven years.

Producer JD Majethia went around the sets taking his mobile phone along. We got a 360 degree view of the new house of the Sarabhais. The new set looks more chic and colourful. The video began with JD thanking the fans for all the love which forced them to return. All the actors, Ratna Pathak Shah, Satish Shah, Sumeet Raghavan, Rupali Ganguly and Rajesh Kumar took part in the live video. The cast members were joined by a young boy, who most likely will play Sahil and Monisha’s son.

Each of the actors was in character for a large part of the video. Rupali, in true Monisha style asked what is ‘IMBD’. But what really makes every fan of the show happy is Roshesh’s poem. In the video, Rajesh recited a poem in his trademark style. The poem reads: Aaya Aaya Sarabhai family, phirse machane dhum. Sabki dhadkane karegi dhum dhum patt patt thoom. Purane namoono ke saath naye bhi honge sirf Hotstar par. Together they will fill the house aur house dikhega cute cute, golu golu jaise momma ka brocade blouse.