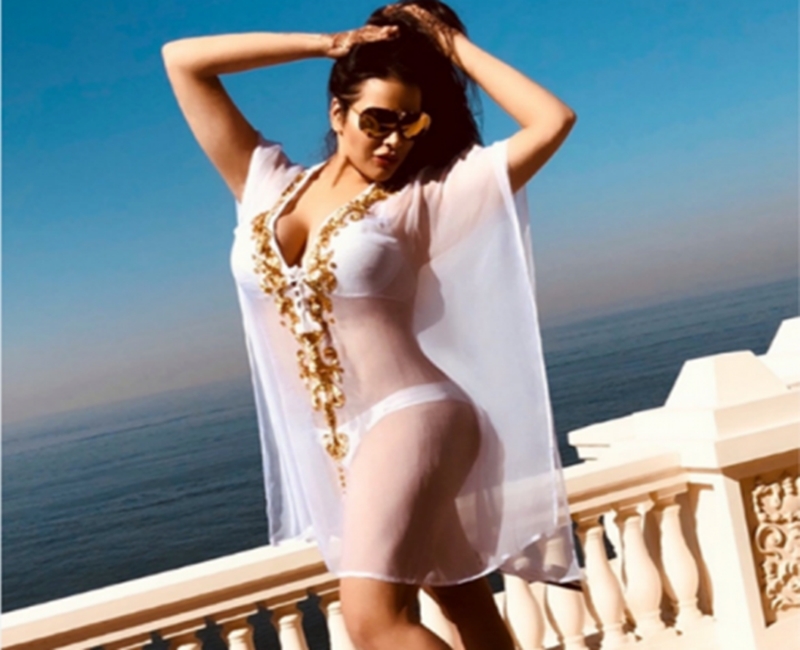 Sanjay Dutt is still considered as one of the hottest hunks of Bollywood. However, the actor has always been keeping his daughter Trishala away from the limelight. In this world of social media and paparazzi, Bollywood star kids have never been away from camera or internet. Even if they try to hide their identity, shutterbugs and gossip mongers have always been there to get them into the limelight.

Apparently, amid the list of Suhana Khan, Sara Ali Khan, Janhvi Kapoor, Krishna Shroff, Sanjay Dutt’s daughter Trishala is creating hot waves on the internet by her hot bikini pictures. Nowadays, Trishala has been constantly posting her glamorous yet hot pictures on her Instagram account and we must say that these pictures would definitely give you sleepless nights.

the art of wishing you were wishing I was there.

Well, these hot pictures of Trishala surely indicate that the diva is very much ready to enter this glamourous world. However, during the promotions of Bhoomi, Sanjay Dutt was asked about Trishala’s Bollywood debut. Then, Sanju Baba cleared this question by saying, “I would have broken her legs if she would have chosen acting. I have invested a lot of time and energy to put Trishala in a good college. She is doing well and works with FBI. Now, she is doing fashion designing. And to be in Hindi cinema, she should know the language first. And it’s not easy to be an actor. It looks glamorous but it’s a difficult job.”

We hope Trishala make at least a special appearance in one of the Bollywood films.