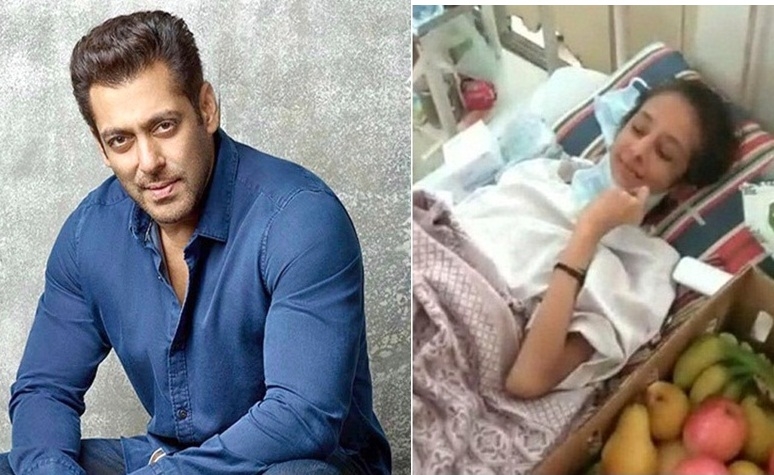 Mumbai: Salman Khan has assured that his NGO Being Human has reached out to actor Pooja Dadwal, after she tried contacting the superstar seeking financial help for her tuberculosis treatment. Salman worked with Pooja in the 1995 film “Veergati”.

Earlier this week, Pooja had said in a video that she has been admitted to a hospital here since 15 days and was in dire need of help.

Salman was asked about the same at the Da-Bangg Tour press conference in Pune to which he replied that the team is now in touch with her and trying to help in every possible manner.

“I know. It’s really sad. She is not my co-star but she was Atul’s (Agnihotri) co-star. I just heard about this and we are trying to help as much as we can. And our team is already onto it. I did not know that she was going through this phase. I think she will be okay,” he told reporters.

Also Read: Ravi Kishan on helping Pooja Dadwal, “No one was there to help me in my struggle, but today I can help others”

When asked how it was to perform with his female co-actors on-stage, Salman said, “It is difficult to match up to their dancing abilities, their energy and just the way they are. But thank God it is only me here on the show so I have been able to pull it off. But if there was Aamir (Khan), Shah Rukh (Khan) or Akshay (Kumar), we have done shows together, it would have been difficult to match up.”

When asked why his rumoured girlfriend Iulia Vantur was not a part of the show, considering she is a singer too, Salman quipped, “Iulia Mathur?”

The actor paused and added with a smile, “Yeah, but let more of her come. Once they are out we shall see.”