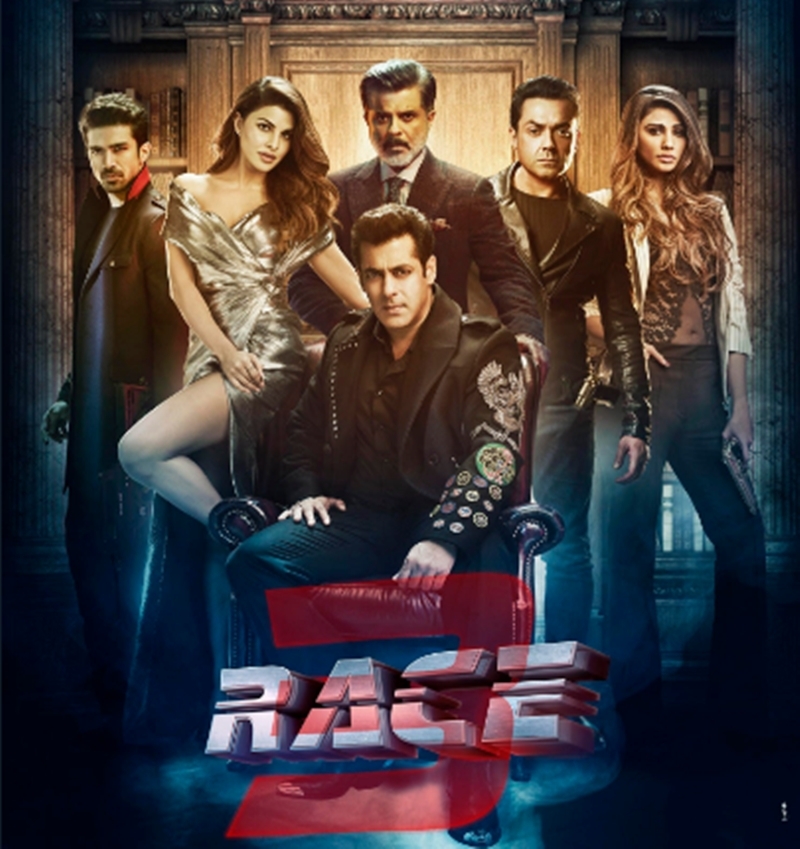 Mumbai: After introducing a series of characters, Bollywood superstar Salman Khan has finally unveiled a photo of the entire star cast of his upcoming action thriller ‘Race 3‘, on the intervening night of Sunday and Monday.  Salman Khan has been treating the audience with pictures of each and every character from the movie from quite sometimes.

Salman posted the new poster of the entire star cast along with a caption that read ‘Aur Yeh Hai the Race 3 family. Let the Race begin.”

Shooting for the action sequences has already begun in Abu Dhabi wherein the entire cast is seen gearing up for the Race.
Starring an ensemble cast of Salman Khan, Jacqueline, Anil, Bobby, Freddy, Saqib, and Daisy, the action thriller is one of the most awaited films.

Produced by Salman Khan Films and Ramesh Taurani under the banner of Tips Films, ‘Race 3’ is directed by Remo D’souza and will hit theatres on Eid this year.