Salman Khan turns 52: This is how BFF Shah Rukh wished Tiger on his birthday 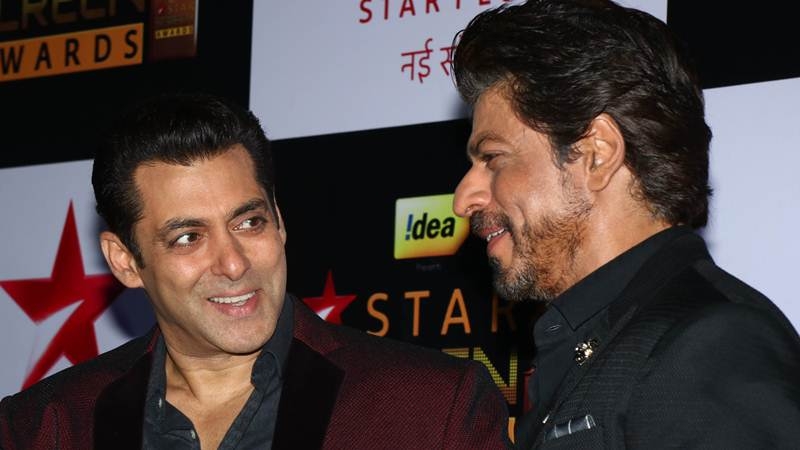 Mumbai: The ‘Bhai’ of Bollywood has turned a year older and to make his special day even better, his close friend Shah Rukh Khan sang a song to wish him on his 52nd birthday.

While present during the announcement of the 63rd Filmfare Award, when asked if he wants to send a birthday wish to his friend and colleague Salman who turned 52 today, he replied, “Tum jio hazaaron saal. I wish him all the best. I won’t be able to meet him tomorrow because my children are here and I want to spend time with them. But we will celebrate when he comes back. We can celebrate Salman Khan’s birthday month long!”

The Tiger of Bollywood kept the big day low key by spending time with close friends and family members. The ‘Sultan’ star with his ‘Tiger Zinda Hai’ co-star Katrina Kaif arrived at his Panvel farmhouse late on Tuesday night to ring in his 52nd birthday. Twinning in black, Katrina and Salman were all smiles for the shutterbugs and looked in the celebration mood.

Born on December 27, 1965 Salman Khan is the son of the legendary writer Salim Khan, who penned many super-hits in the yesteryear’s like ‘Sholay’ (1975), ‘Deewaar’ (1975), and ‘Don’ (1978). The actor made his debut in a supporting role in ‘Biwi Ho To Aisi’ which was released in 1988. The following year he had the leading role in the box office romantic hit ‘Maine Pyar Kiya’ (1989). From there he became a heart throb of Indian cinema.

The actor has gained a lot of respect in his acting career spanning more than two decades. The actor has worked in more than 100 movies, which include blockbuster movies like ‘Maine Pyar Kiya’, ‘Hum Aapke Hain Koun’, ‘Tere Naam’, ‘Dabangg’, ‘Bajrangi Bhaijaan’ and ‘Sultan’. He has been nominated for 14 Filmfare Awards and his movie ‘Bajrangi Bhaijaan’ won the National Award for ‘Best Popular Film’ in 2016.