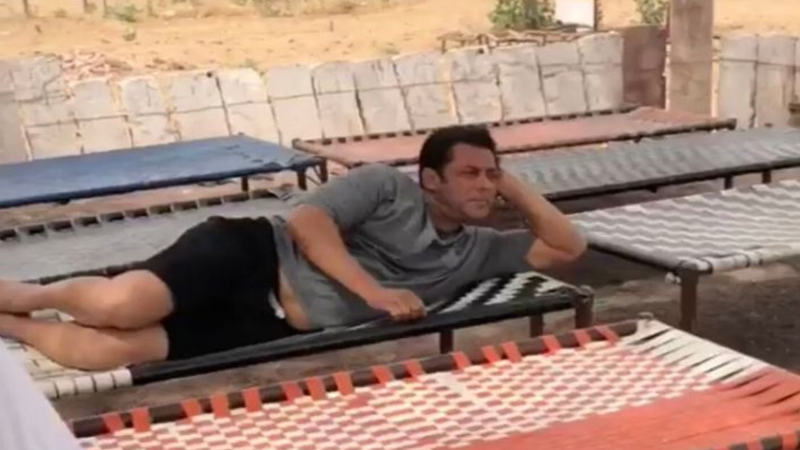 Salman Khan has set the internet on fire with the trailer of his upcoming film ‘Race 3’, which released on May 15. The trailer has given a glimpse of various action sequences of the film, which is appreciated a lot by the fans. Now, a picture of Salman has got viral on the internet in which he is spotted at a dhaba.

The photo was taken during the shooting of ‘Race 3’. While returning to Mumbai after completing Kashmir and Jaisalmer schedules of the film, Salman was captured on the camera while enjoying food at a dhaba. His co-star Jacqueline Fernandez also accompanied him for this meal.

Have a look at the photo below:

#SalmanKhan chilling at a Dhaba while returning from the shoot of #Race3 in Jaisalmer! 😎 pic.twitter.com/4D4sKi9pCS

Also, while shooting in Jaisalmer for ‘Race 3’, Salman was seen riding his ATV bike on the sets. The actor was seen enjoying his time on the ride after the pack up of the shoot on that day. He also took a different route to his hotel along with a crew member, who was riding another Being Human e-cycle.

See the photo below:

#SalmanKhan cycling in Jaisalmer during the shoot of #Race3! 😎 pic.twitter.com/5AEbO3s9XJ

‘Race 3’ is set to hit the theatres on June 15. It is the third installment of the Race film series and has been directed by choreographer-filmmaker Remo D’Souza. ‘Race 3’ also stars Anil Kapoor, Bobby Deol, Saqib Saleem, and Daisy Shah.