Salah to play in Egypt’s next tie against Russia 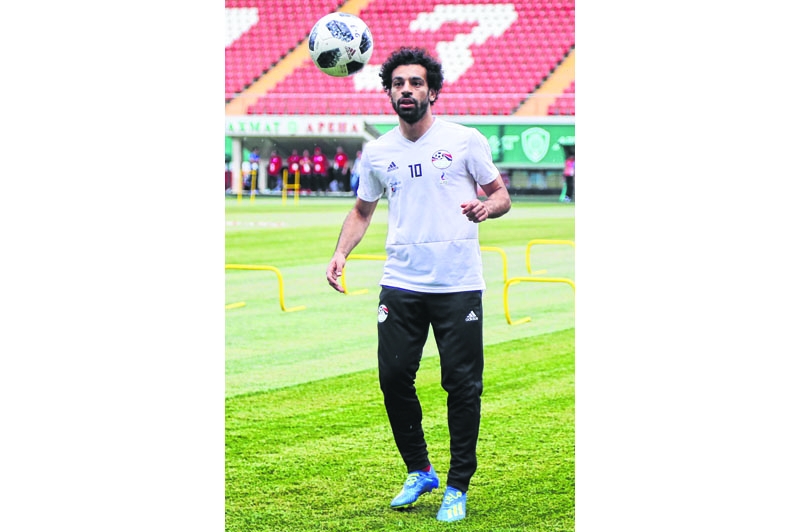 St. Petersburg : Mohamed Salah celebrated his 26th birthday with a Chechen cake and the news that he will play in Egypt’s next World Cup match.

A statement from the Egyptian soccer association gave no details about his fitness except that the Liverpool striker participated fully in training Saturday in Grozny, the team’s base in Russia’s Chechnya region.

He was an unused substitute in Egypt’s 1-0 loss to Uruguay on Friday – his birthday. “[His] condition is so much better,” Egypt executive director Ihab Leheta said Saturday.

“He was very upset after the Uruguay game. He thought he could have played and made a contribution.”

Fans and Chechnya’s leadership tried to cheer him up, presenting Salah with a giant birthday cake. Salah smiled as he sang “Happy Birthday” with his teammates, team officials and hotel staff, but the brief celebration was visibly subdued and not everyone joined in. “We could have celebrated more,” Leheta said, alluding to the loss to Uruguay.

The brief celebration took place upon the team’s arrival back in their Grozny hotel after the flight from Yekaterinburg, where they played their opening match.

A video clip showed a cake coated in the colors of the Egyptian and Chechnya flags sitting on a table in the team’s hotel lobby.

Perched atop the cake was what appeared to be a replica of the golden boot won by Salah as the Premier League’s top scorer this season. Egypt faces host Russia in St. Petersburg on Tuesday, and then takes on Saudi Arabia on June 25.