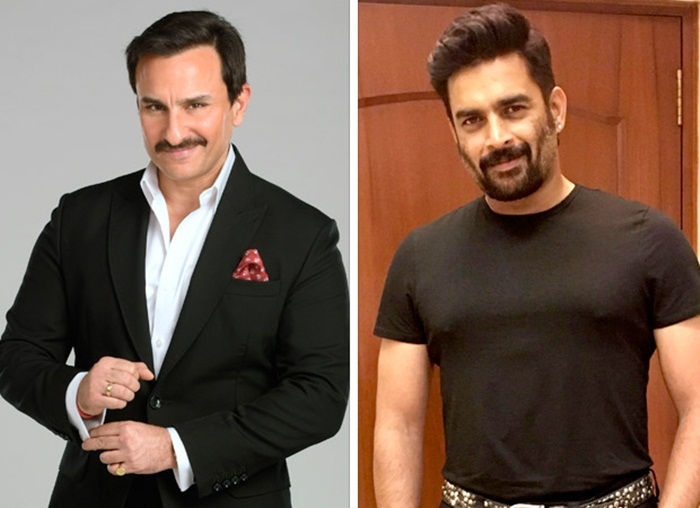 While Saif Ali Khan continues his stint with unconventional choices, the actor is now gearing up to do a film with Aanand L. Rai production. The film in question is to be directed by Navdeep Singh and will see Saif reuniting with his Rehna Hai Tere Dil Mein co-star R Madhavan.

The duo, who hasn’t shared screen space since this Hindi film that marked the debut of former beauty queen Dia Mirza in 2001, will however be, seen in a completely different avatar in this directorial. Talking about the film, we hear that it is a historical tale, a period drama set against the backdrop of Rajasthan.

From what we hear, the untitled project will also have elements of action with Saif and R Madhavan taking up training sessions in sword fighting and horse riding for the film. Furthermore, it is also being said that the film will make use of prosthetics but the details for the same is kept under wraps for now.

Also Read: R. Madhavan has no interest in politics

There are also reports about Zoya Hussain who made her debut with the last Aanand L. Rai production Mukkabaaz being signed on as a leading lady. Deepak Dobriyal too is said to be a part of the film. However, an official announcement on all the details is yet awaited.

On the other hand, Navdeep Singh had earlier announced that his next directorial was Kaneda which was supposed to see him reunite with his NH10 producer Anushka Sharma with the actress too playing a prominent role in the film. However, we hear that the modalities didn’t work out and Navdeep decided to bow out of it.

As of now, Navdeep Singh is said to have locked the details of this untitled period drama. It is expected to be extensively shot in Rajasthan, Uttar Pradesh and Mumbai with the first schedule kicking off in February in Rajasthan.