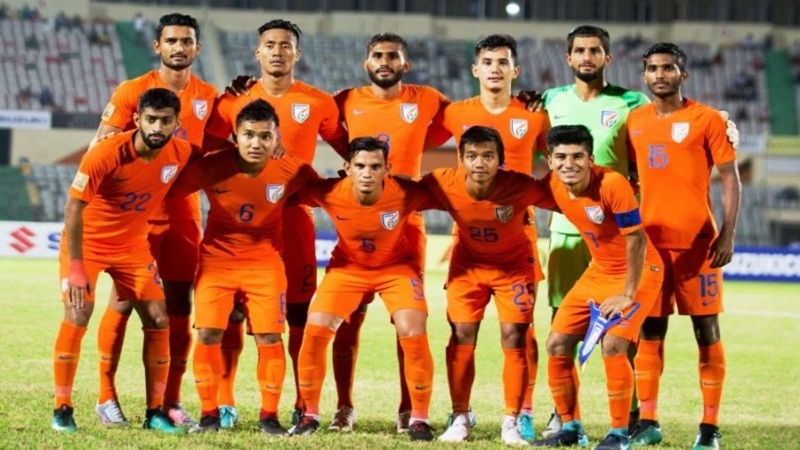 Dhaka: Two goals from Manvir Singh and a late strike from Sumit Passi helped India beat arch-rivals Pakistan by 3-1 at the Bangabandhu Stadium here on Wednesday to make it to the final of the ongoing the South Asian Football Federation (SAFF) Championship.

After a goalless first-half, Manvir scored his first in the 49th minute only to double the score-line twenty minutes later. Substitute Passi sealed the fate of the match in the 83rd minute. For Pakistan, Hassan Bashir reduced the margin in the 88th minute.

The first goal came off a brilliant counter-attack. Ashique Kuruniyan, relying on his signature pace ran past everyone down the left and unleashed a low cross which was gleefully tapped in by Manvir to set the Indian fans berserk.

The second goal was even better. Lalliazuala Chhangte who replaced Nikhil Poojary in the 68th minute made an immediate impact as India doubled the lead. The super-sub made a blistering run down the middle of the pitch, sidestepped two defenders and passed it to Vinit Rai. The midfielder on turn rolled it to Manvir who blasted it home from the top of the box.

However, following a challenge, Manvir was substituted as Stephen Constantine brought in Sumeet Passi. The former AIFF Academy cadet took less than a minute to join the party as he found the target in the 83rd. Ashique, the architect of the first goal, made an identical run down the flank to deliver it for Passi who headed home clinically.

However, India received a blow as Chhangte was given marching orders for an off the ball offence on Mohsin Ali. Mohsin was also red-carded for his challenge. Earlier, India had the first opportunity of the game in the 10th minute itself, but that time Manvir wasn’t able to connect Ashique’s perfect cross. Seasoned Pakistani goalkeeper Yusuf Butt also came up with some spectacular saves to keep the Indians at bay in the first half – the most notable being his save to deny Subhashish Bose’s volley off an Anirudh Thapa corner.

India survived a scare in the 39th minute when Pakistan earned an indirect free-kick at the edge of the 6-yard box but Goalkeeper Vishal Kaith came up with back to back saves to deny Pakistan. India will now face the Maldives in the summit clash on September 15 (Saturday) who made short work of Nepal, defeating them by 3-0 in the first semi-final earlier in the day.