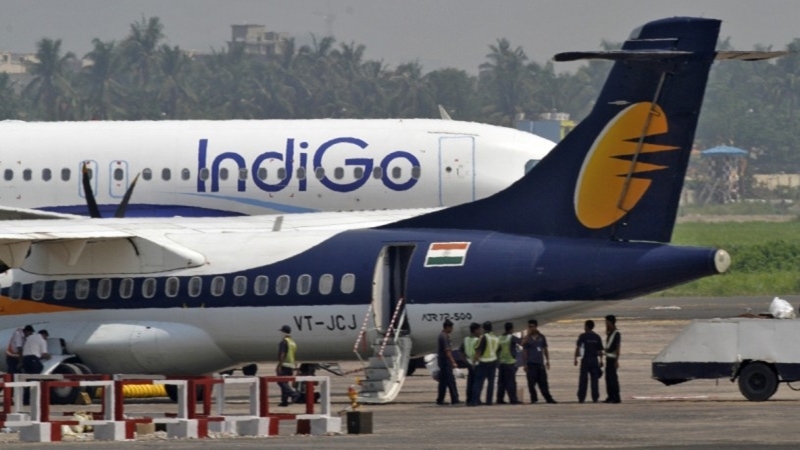 New Delhi: IndiGo and SpiceJet airlines on Tuesday issued a statement, saying safety of the passengers, crew and the aircraft are of top priority and at no time it can be compromised.

This came hours after a major accident was averted at Delhi’s Indira Gandhi International airport as aircraft’s of both airlines came face-to-face on the runway.

SpiceJet said that at no point of time the safety of its passengers was at risk.

“SpiceJet flight SG 123 operating Delhi-Hyderabad was following ATC instructions at all times at the Delhi airport. While taxiing, crew observed another aircraft on same taxiway in opposite direction; Acting promptly, crew immediately intimated ATC. At no stage safety of passengers, crew and aircraft was compromised; All concerned authorities were immediately informed,” the statement read.

IndiGo in its statement said that its 6E-769 flight (Lucknow-Delhi) observed the SpiceJet aircraft in front of it while taxiing and was following ATC instructions all the time at Delhi airport.

“The IndiGo flight 6E-769 (Lucknow – Delhi) while taxing in at Delhi airport today morning, observed another aircraft in front of it. Following the Standard Operating Procedures (SOPs), the Caption-in-Command took the decision of switching off the engine and reported the incident to ATC,” IndiGo said.

“All 176 passengers along with the crew are safe. IndiGo flight was observing ATC instructions all the time at Delhi airport. IndiGo has voluntarily informed the DGCA. This matter is being investigated by IndiGo safety department and the regulator. As an airline we rely upon ATC’s traffic advisory and ensure to comply with their instructions. At IndiGo, safety of the passengers, crew and the aircraft are of top priority – and at no time it can be compromised,” the statement added.

The incident has been reported to the Directorate General of Civil Aviation (DGCA), which has assured of a probe.