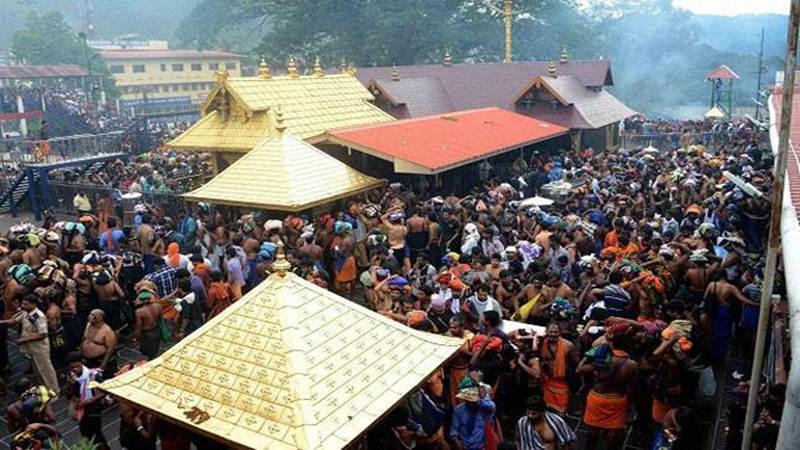 Trivandrum (Kerala):Kerala DGP Loknath Behera on Wednesday said strict action will be taken againstthose flouting rules of law and order during the bandh called for by someorganisations over the entry of two women of menstrual age into the Sabarimalatemple.

Furthermore,Behera directed all concerned authorities to give special attention to pilgrimsso that they remain unaffected. “All district police chiefs to take allnecessary actions to ensure normal life of people in the background of hartalcalled by some organisations. Strict action will be taken against those whoinvolve in any kind of attack or blocking the way of people. If someonedestroys public property, legal action will be taken to compensate the amountfrom their account. Police protection should be given to the offices of allpolitical parties,” Behera said in a statement.

Also Read: Sabarimala: Not menstruation, but love story that kept women away from Lord Ayyappa

Takingcognisance of the hartal called out by the organisations, Air India has askedits passengers who are travelling to Kerala to plan their trips accordingly. “Protestsat several locations in Kerala may affect passengers travelling from Kochi,Thiruvananthapuram, Kozhikode. Passengers are requested to schedule theirtravel plans to/from airports accordingly,” said a statement from the nationalcarrier. In the early hours of Wednesday, Bindu and Kanakadurga, who are intheir 40s, had entered the hill shrine and offered prayers, following which thetemple was shut for an hour for ‘purification’ rituals.

Laterin the day, clashes broke out between Bharatiya Janata Party (BJP) MahilaMorcha workers and the police after they tried to enter the state secretariatin Thiruvananthapuram. Agitators had gathered in the area to protest againstthe two women who entered the Sabarimala temple. The Supreme Court had lifted atraditional ban on entry of women of menstrual age (10-50 years) on September28 last year. Despite the apex court’s ruling, a string of protests took placeat the Sabarimala temple and its surrounding areas in the state, wherein severalwomen attempted to visit the shrine but were stopped by Lord Ayyappa devotees.