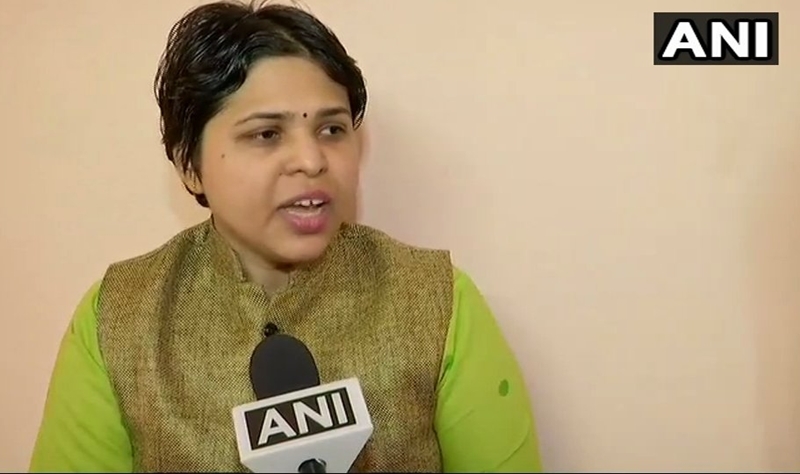 Onboard: Trupti Desai, a social activist on Friday said that she would enter the Sabarimala Temple even if she is not given security by the Kerala government. She has also alleged that the police have not been helping her and not responding to her calls and messages as well.

While en route to Kochi, Desai told ANI, “Protestors should not resort to violence. Once we reach there, we will see what level of security state gives us. Even if the state does not give us any security, we will go, but I can be attacked. I have received so many threats of attack and killing.”

Meanwhile, a Bharatiya Janata Party’s district secretary MN Gopi who was present outside the Cochin airport has threatened that he will not let Desai go outside the airport.

He told ANI, “We will not allow Trupti Desai to go out from the airport using police vehicle or other government means. Airport taxies also won’t take her. If she wants, she can use her own vehicle. There will be agitations all along her way even if she goes out from the airport.”

Upon reaching the airport, she faced a protest by a large number of people gathered outside the Cochin Airport. One protester even said that they would not allow Trupti go outside the airport even if police kill them.

Trupti on Wednesday wrote a letter to Kerala Chief Minister Pinarayi Vijayan, stating that she would not leave the state if she were not allowed to enter the Sabarimala Temple and had also asked for security during the visit.

A five-judge bench of the Supreme Court headed by Chief Justice Dipak Misra in its 4:1 verdict on September 28 said that banning women’s entry into the temple is “gender discrimination” and violates the rights of Hindu women. The ruling came after a petition argued that the practice violated gender equality.

Trupti was detained by the Pune Police on October 19 after she along with other women activists threatened to stop Prime Minister Narendra Modi’s convoy in Maharashtra demanding a meeting with him to discuss the Sabarimala issue.