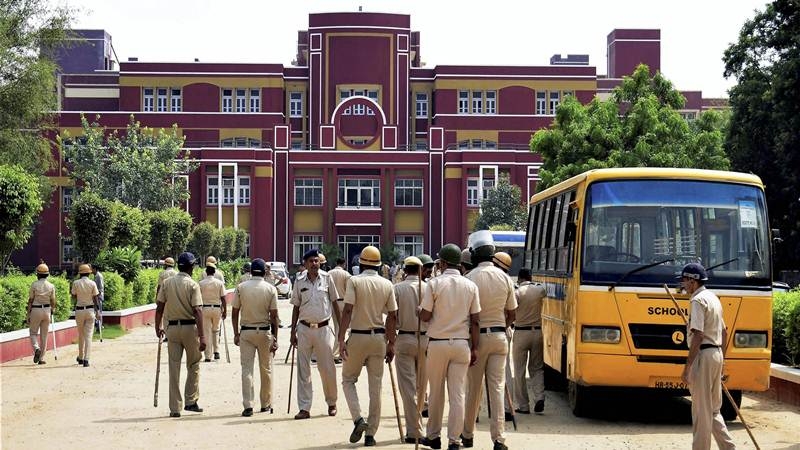 The Ryan International School murder case has startling resemblance to Aarushi-Hemraj murder case. The case may not be similar but the way investigation was carried out by the Haryana Police and later the case was transferred to Central Bureau of Investigation (CBI). CBI’s version contradicting the police version and their theories are similar to that of Aarushi-Hemraj murder case. This clearly is not the first time that any state police has botched up an investigation and the case later has been transferred to the CBI and surely it won’t be the last.

On September 8, 2017 seven-year-old boy, Pradhyuman Thakur was found dead in the toilet of Ryan International School in Haryana. Soon the bus conductor, Ashok Kumar, who would drop students to school was arrested by the Haryana police. Charges of sexual assault and murder were framed against Ashok. Allegedly Ashok confessed to the police about the murder. All sections of the society slammed Ashok and the school, they demanded schools should be shut and down and the Ashok should be given maximum punishment for this heinous crime.

CBI a couple of months after the incident on November 9, 2017 decided to toss the entire case on its head. The agency nabbed a class XI boy from the same school in connection with the murder. According to the CBI and the media reports, Pradyuman was murdered by a class XI boy to postpone school exam and parents teachers meeting. The CBI also gave a clean chit to Ashok, they also ruled out the angle of sexual assault.

All of a sudden the urban prejudice in the masses had taken a back seat. The whole episode of the arrest and the reaction of the society to the arrest of Ashok had more than a glimpse of urban prejudice. The ‘Ryan International Murder Case’ had subtly become a case of privileged middle class outraging against the low class labour workers.

The same bias was very much evident in the society during the Aarushi-Hemraj murder case. No sooner was Aarushi murdered, Talwar’s house help Hemraj was blamed for it, only to find his Hemraj’s body soaked in blood on the terrace of Talwar’s house.

This is not the first time that the rise in crime in and around national capital is blamed on the migrants or the low class labour workers. The media, and most of us, want to find the culprit and in the process forgetting that crime is not solved by cooking up stories and planting evidence or destroying them. Haryana police was certainly under a lot of pressure to find the culprit, and who better than Ashok can be blamed for it. Ashok worked as a conductor, is a migrant and some even said he looks like someone who can sexually assault and murder a small boy.

Thanks to CBI, the Haryana police theory did not hold up. Questions to consider are, are the people still outraged about the murder now that a juvenile is arrested? Are people still demanding death penalty? Him being a minor should be taken into consideration? Will the people demand the juvenile to be treated as an adult just like they did in ‘Nirbhaya rape case’? A background check should be made of all the students before granting them admission in the school and college?

The middle class is dependent on the low class, they are the one who provide us with the labour, they are the ones who take up jobs like peon or bus conductors or gardeners but when crimes like these or ‘Aarushi- Hemraj murder case’ happen, the privileged class takes no time to blame the worker class for all the horrific crimes.