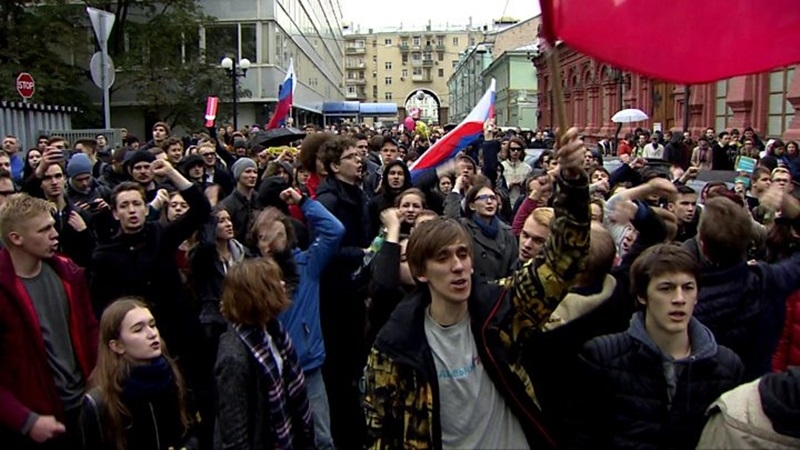 Moscow: Police in Russia detained at least 839 people in nationwide protests against a proposed government pension overhaul, a Russian independent monitoring group said. Protesters gathered in cities across the country on Sunday to rally against a government proposal to raise the country’s retirement age, CNN reported. The protests were organised by supporters of opposition leader Alexei Navalny, who is under administrative arrest for organising an unsanctioned rally in the capital in January.

The crackdown was heaviest in Russia’s second largest city, St. Petersburg, according to independent local media and OVD-Info, a non-profit that monitors detentions. The group said at least 354 people were detained in the city. Images from the St. Petersburg protests quickly went viral. A photographer confirmed to CNN that he had captured two particularly arresting images: the detention of a school-age boy and an older pensioner.

TV Rain, an independent television channel, said one of its correspondents was hit with a baton as police broke up protests in Moscow. Protests organised by Navalny have become a vehicle for expressing discontent with Russian President Vladimir Putin and government corruption. Putin’s ratings remain consistently high but have been dented by the pension controversy.