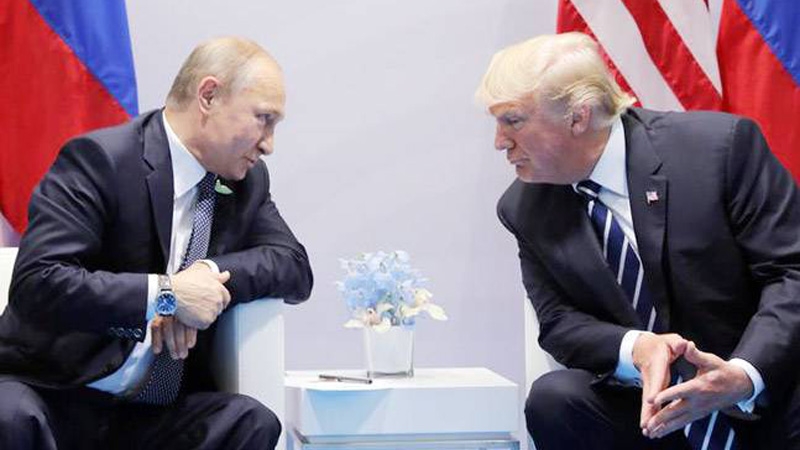 Hamburg : Russian President Vladimir Putin told his US counterpart Donald Trump that Moscow did not meddle in the US presidential election and Trump accepted it, claimed Russia’s Foreign Minister Sergey Lavrov.

After the two leaders emerged from a meeting in Hamburg on Friday, on the sidelines of G20 summit, that lasted over two hours — at one point, First Lady Melania Trump entered the room to hurry them along — US Secretary of State Rex Tillerson said Trump had raised the issue of Moscow’s alleged cyber-meddling in the election at the start of their conversation, the Independent reported.

He said the US had talked about such attacks represented a “threat to the democratic process”. An official from the White House, however, later indicated that the President (Trump) had not in fact accepted assurances from Putin that Russia did not meddle in the 2016 election.

“The President opened the meeting raising the concerns of the American people about Russian interference in the 2016 presidential election,” said Tillerson. “They had a very lengthy and robust conversation on this.” He said Trump pushed him on the issue and Putin stood firm in his denial.

“I think the President is rightly focused on how do we move forward from something that may be an intractable disagreement,” Tillerson said.

Accord on Syria truce reached

HAMBURG: The first ever meeting between Donald Trump and Vladimir Putin ended on Friday with agreements to arrange a ceasefire in Syria and to establish a designated bilateral channel for discussions on the conflict in Ukraine.

The parties reached accord on a de-escalation agreement for southwestern Syria, the US Secretary of State said. Lavrov, speaking at a separate news conference, said the truce aims to preserve Syrian sovereignty and spur progress toward a political settlement of the country’s 6-year-old civil war.   –